In the second T20 match played at Edgbaston. India gave England a target of 170 runs. 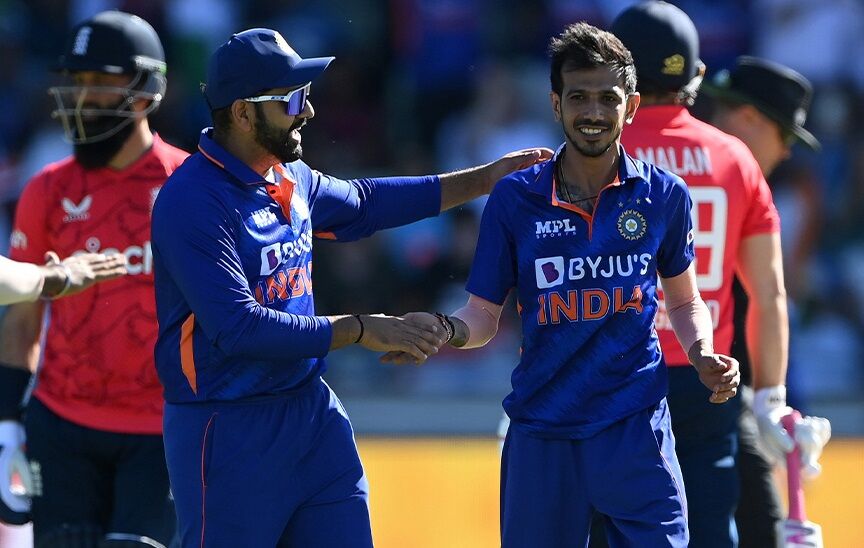 In the second T20 match played at Edgbaston. India gave England a target of 170 runs. But England's batsmen could not play against India's strong bowling and India won the match by a huge margin of 49 runs. When Team India's batting was over, it seemed that 170 runs should not be less but the bowling of the Indian team did such a miracle that England could not survive anywhere. England were all out for just 121.

What is special is that Team India lost the Test match in Edgbaston and now they have won the T20 series in Edgbaston.

Bhuvneshwar Kumar proved to be the biggest hero in bowling from Team India who picked up three wickets. Bhuvi once again performed brilliantly with his swing and initially both openers returned to the pavilion early. Bhuvneshwar gave up just 15 runs in his spell. For this, Bhuvi received the Player of the Match award. In this match too, Team India got off to a fast start by batting first. Rishabh Pant came to do the opening with Captain Rohit Sharma and shocked everyone. The two had a 49-run partnership. This included Rohit Sharma's tumultuous 31 runs. Pant, who was opening for the first time, scored 26 runs. Returning to the team, Virat Kohli could only make 1 run. Apart from him, Suryakumar Yadav (15) and Hardik Pandya (12) flopped after scoring runs. In the end, Ravindra Jadeja saved the shame of Team India by scoring 46 runs in 29 balls to take the score of Team India to 170.