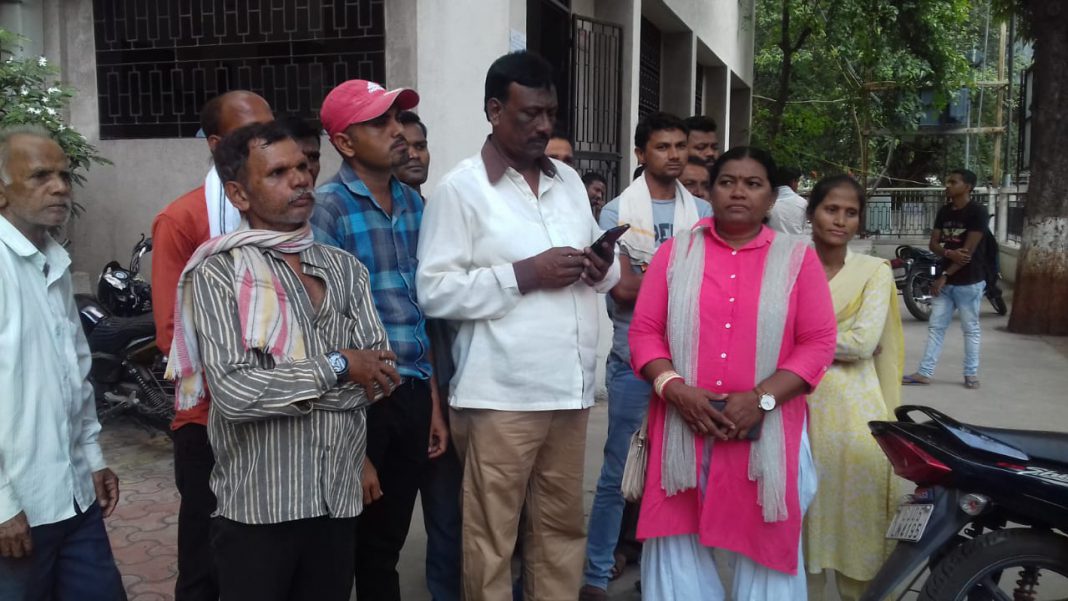 A youth from Karjan commit suicide on suspicion of his wife having extra marital affair with a muslim youth. He also left behind a suicide note written everything and make the alleged lover responsible for his death. Police recovered the suicide note and the family of the youth denied to accept the body after police refused to give them the note.

As per the details Manhar Parmar 40 lives along with his wife and two children in 512 number in Vuda house. He was working as painter and farm labourer to run his family. However on Thursday night he consumed phynaile and commit suicide. He also wrote a two page note before taking the extreme step.

Manhar mentioned and put serious allegations on his wife for having extra marital affair with a muslim youth. His wife quarrel with him and by other excuses took money from him and give to the muslim youth. He also put allegations of both having physical relations many times and the muslim youth threaten him with dire consequences. He put responsibility on the youth for his suicide and also put other allegations mentioning in the note.

Nagin Parmar elder brother of Manhar and social worker Suresh Acharya said he consumed phynaile on Thursday night and went to his former residence place and shouted in pain. People started gathering at the place and tried to save him after make him to vomit. They called the 108 and shifted him to Karjan government hospital.

Manhar shouted for having the suicide note inside his pocket but the Karjan police recovers the note after the hospital officials called them. He was shifted to SSG hospital as his condition deteriorated and later died during treatment.

The relatives and the local people rushed to the hospital refused to accept the body till the police give them the copy of suicide note and arrest the accused. Karjan police registered the case and further investigate in the matter.