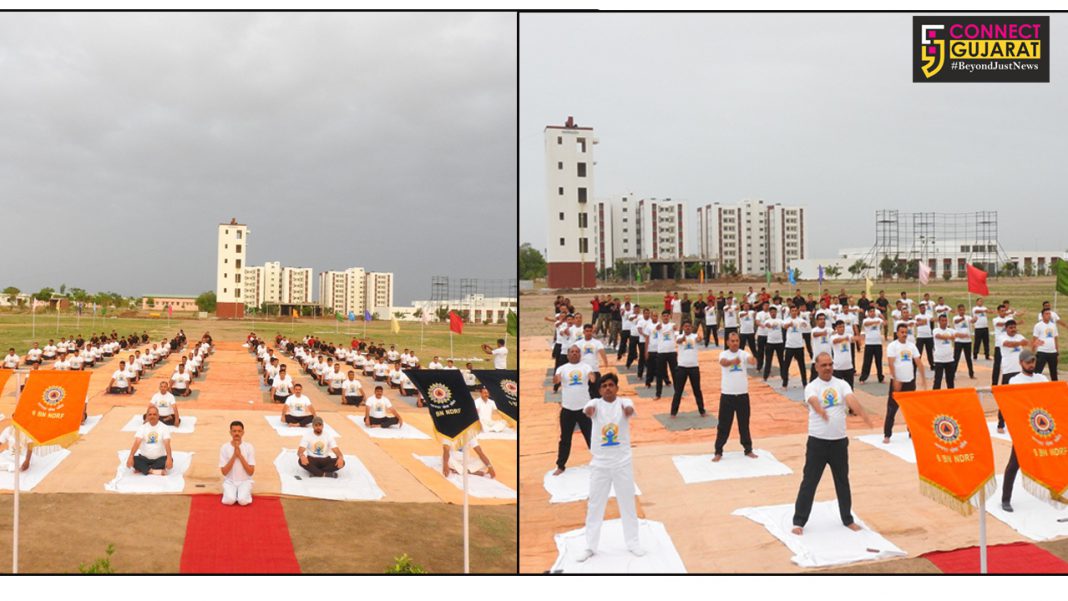 International Day of Yoga was celebrated with great enthusiasm in the NDRF Campus Jarod, Vadodara on Friday.  Over 300 Rescuers and officers, trainees of age groups participated in the celebration by performing various Yoga Asanas as per the Common Yoga Protocol. The Unit  this time, utilized the services of a  Yoga instructor who demonstrated several Yoga Asanas.

With such treacherous working pattern where one need a stable and cool mind to handle the proceedings, Yoga is a good alternate for the jawans. As the whole world is celebrating the day the Jawans also participate and perform various asanas to purify their inner systems.

“We started Yoga day as per the protocol inside our campus where around 300 rescuers and officers attended and perform various asanas. The ancient form of meditation is originated from India and now internationally followed on this day. As our jawans engages in such major operations one needs the strength from inside to perform at it’s best even in most adverse conditions, ” said R K Mishra Deputy commandant and PRO NDRF.