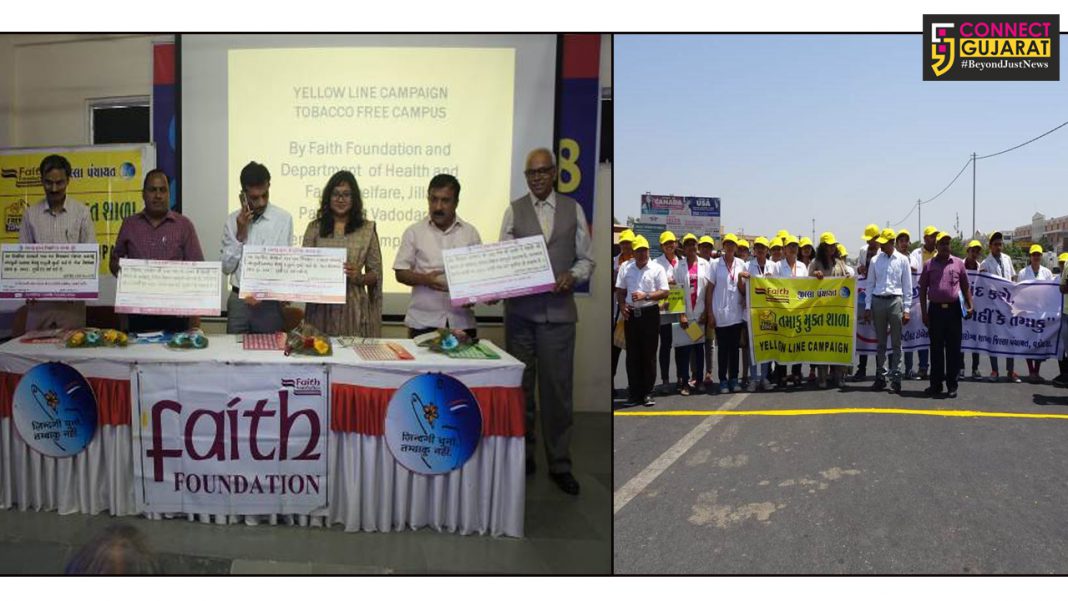 Becomes 8th district in Gujarat to launch the campaign

The Yellow Line was launched at the KJIT Institute, Savli in collaboration with the Health Dept, District Jilla Panchayat, Vadodara wherein more than 100 representative students from 3 institutes participated. They were briefed on the Ill effects of Tobacco Consumption and also the provisions of the Act COTPA 2003, esp. sec 6B.