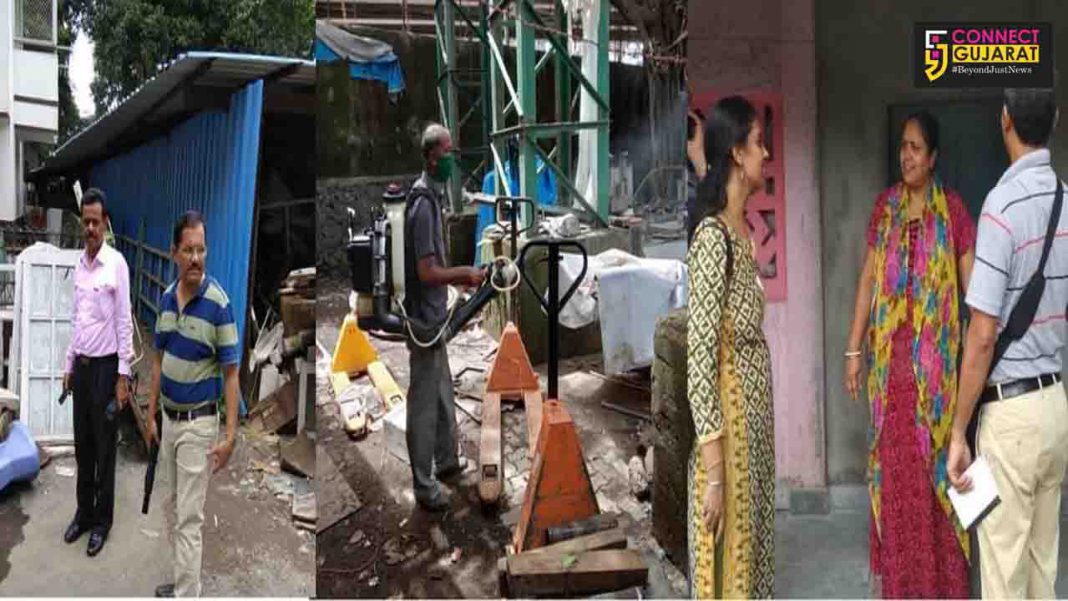 Western Railway conducted a massive inspection across the Mumbai Division which includes big cities like Mumbai and Surat to curb and took preventive measures against deadly Malaria disease this rainy season. They organized regular checks of all railway premises, including railway colonies and workshops as part of the pre-monsoon preparation work and continues to conducts more such checks.

According to a press release issued by WR CPRO Ravinder Bhakar, the massive inspection was carried out at railway colonies and workshops of Mumbai division by the teams including Chief Medical Superintendent, Medical Officers of each Health Units, Assistant Health Officer, Heath Inspectors and Engineering Supervisors on 25th August, 2019.

During the inspection the teams found breeding in certain places in railway colonies in Khar, Andheri and Dahisar.  The inspection team took quick and required action to eradicate the breeding in these places. In places where water was found stagnant, it was immediately cleaned to prevent mosquito breeding.

Western Railway is also executing anti-larval and anti-mosquito spray at all locations where drainage system is open near the station, colony, offices, waiting hall, retiring rooms, dormitory in Surat. The activity will be carried out on a regular basis for a fortnight. Drains near the railway tracks are being thoroughly cleaned as chances of breeding of mosquitoes is high in these areas. While at Valsad and Nandurbar stations as well, regular cleaning, spraying and sanitization are also being carried out.

Bhakar also stated that as part of the Pre-Monsoon preparations, Indoor Residual Spray was done in all railway colonies. Weekly Anti-Larval spray is being done every week and fogging is also being done fortnightly as per the schedule. The Medical Department of Western Railway has also planned to coordinate with the Engineering Department and the local Municipal Authority to eradicate the breeding places in the near future to cover maximum places where breeding of mosquitoes are expected. Similar activities are being done over the entire Mumbai Division upto Amalner.