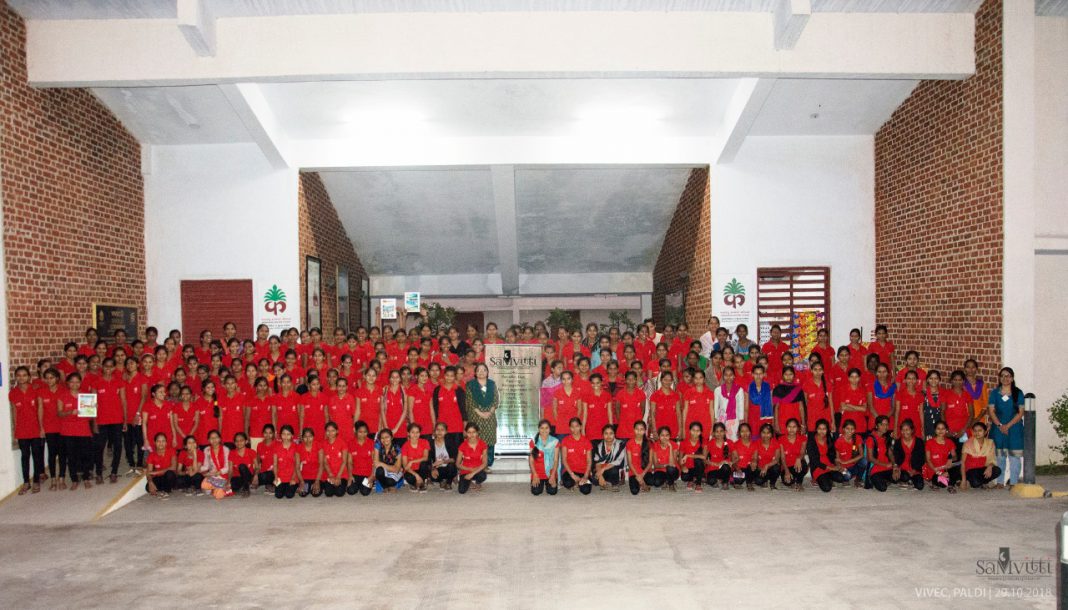 SahityMitra Darshini Dadawala shared the story telling session on the world renowned animated characters ‘Tom and Jerry’ with the young girls who have come for vocational training at the Vivekananda Institute of Vocational and Entrepreneurial Competence (Shroffs Foundation Trust), Paldi in Vadodara.

A panel of 5 participants was created before the start of the session which started with a question, “What type of characters are there in stories?”. The panel members gave their answers while discussing the possible alternatives about the presence of characters in the story. The SahityaMitra said that sometimes the characters come from the real world and sometimes from the fantasy world. But sometimes it may be that these characters are actually inspired from the real world, but move beyond the boundaries of life and develop in a way that they become unique in the world. ‘Tom and Jerry’ are such characters. Explaining the matter deeply she began with the question, “What do you know about ‘Mouse and Cat’? What do you think about their relationship?”. These questions proved to be a stimulus to the panel members and participants.  The SahityaMitra introduced the participants  to ‘Tom and Jerry’ and their creators William Hanna and Joseph Barbera and presented before them as an excellent example of a human’s ‘imagination’ and ‘creativity’. To bring them closer to the films of ‘Tom and Jerry’, the signature tune was played. The details of the history of ‘Tom and Jerry’ series was also introduced to the participants. In mentioning about the success of ‘Tom and Jerry’ to the participants, the Oscars won by the series was discussed and the films ‘The Yankee Doodle Mouse’ and ‘The Cat Concerto’ were screened from seven of the award-winning films. Everyone got very excited after watching the movies and actively participated in the discussion.