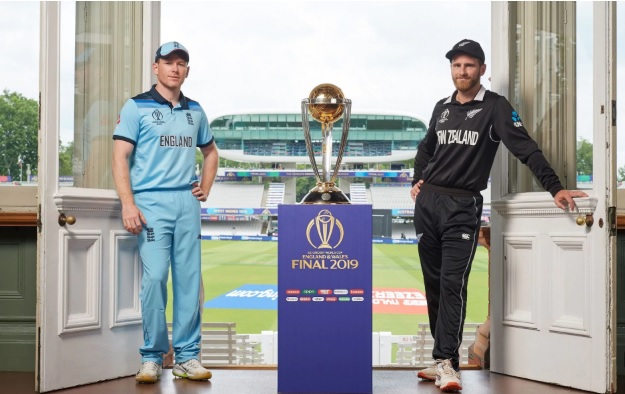 Its super Sunday for the cricket fans as England will play New Zealand in the final of 2019 world cup at historical Lords ground. It’s a golden opportunity for both the teams and none of them won the cup ever in the past. Both the teams are showing good form and the encounter will be the test for both the teams.

England openers Joe Root and Jonny Bairstow are in great form and score 549 runs in the tournament. Talking about bowlers
Chris Woakes and Jofra Archer are in supreme form and as hosts England has the upper hand in the match as they have the local support in their favour.

However the Kiwis are on cloud nine after beat the best team in the tournament to reach the final. The confidence of the players are high and they can have the ability to turn the tide in their favour.

England reached the world cup final after 27 years and this is their fourth appearance. Earlier they play thrice but not able to win against their opponents but this time they have the chance as the local support is with them. England beat the strong Australia with eight wickets to reach the final.