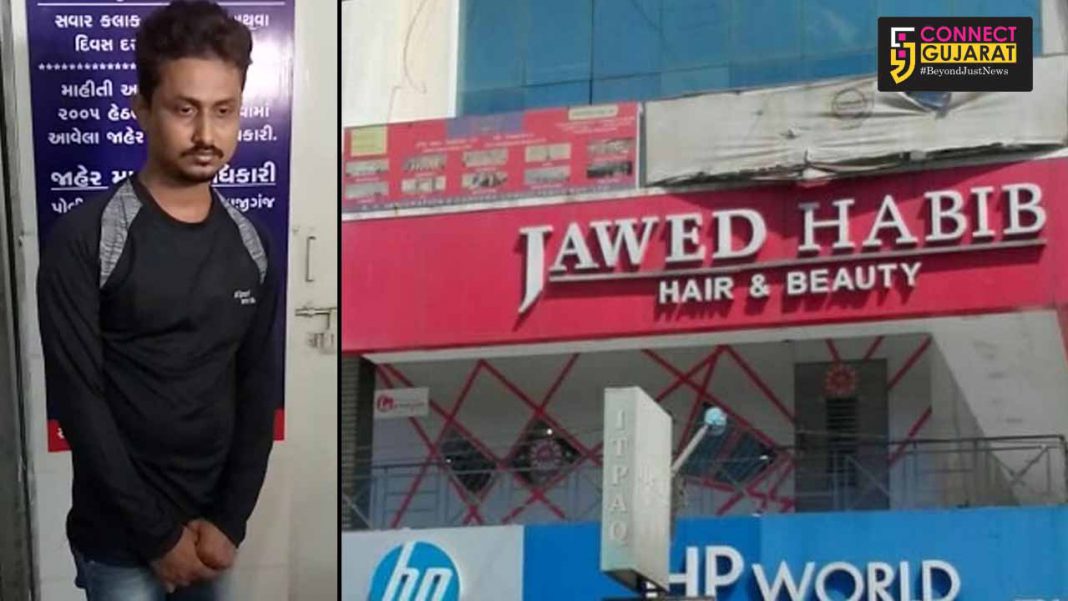 Police arrest the accused and investigate

An employee of well known Javed Habib Hair and Beauty Parlour in Vadodara was arrested by police after a woman customer complained of harassment during massage. The incident shocked everyone as the parlour is well known everywhere spread in various cities of the country.

As per the details the parlour is situated in Alkapuri area and visited by people frequently including women. A lady from Manjalpur area visited the beauty parlour on 4th September for massage.

As per the complaint the lady was attended by parlour employee named Abdul Abid Sheikh and he physically harassed her during massage. Irked by the incident the lady raised the issue inside the parlour. The employee apologised to her but she complained the matter in Sayajigunj police station. Later police arrested him and further investigating in the case.