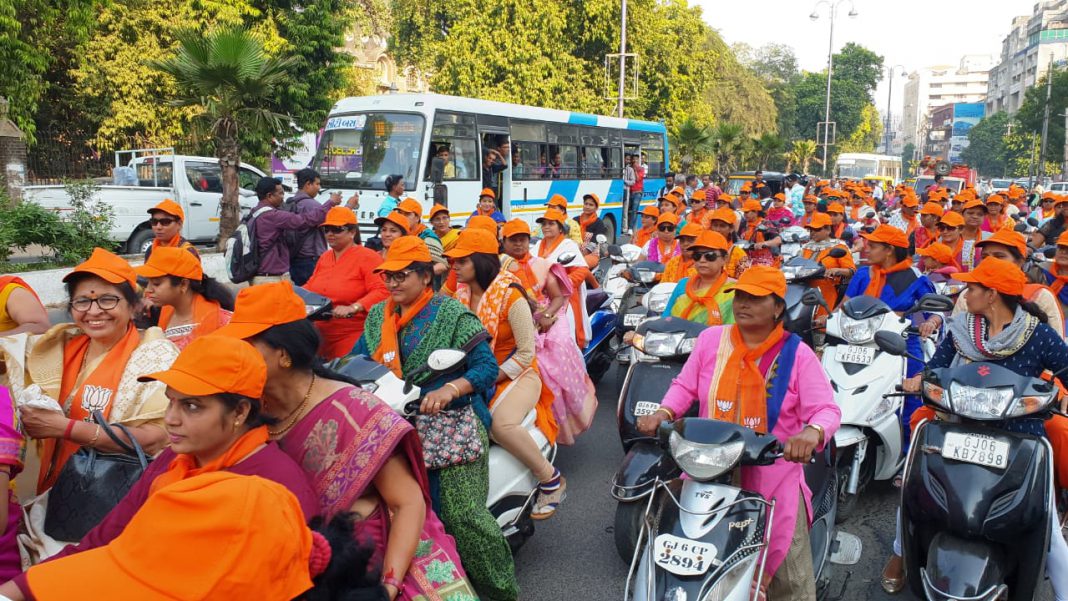 Vadodara BJP women wing took out two wheeler rally on the ocassion of birth anniversary of Rani Laxmibai in the city. However none of them including first citizen of Vadodara the mayor wear helmets and clearly violates the traffic rules.

However being responsible citizens of the city none of them even think about wearing helmets and openly violate traffic rules. At one side Vadodara traffic police is trying new ways to resolve the increasing traffic problems and the members of ruling party are openly seen violating the rules and put their lives also in danger.

The rally started from dairy den circle and ends at Rani Laxmibai statue at Subhanpura.