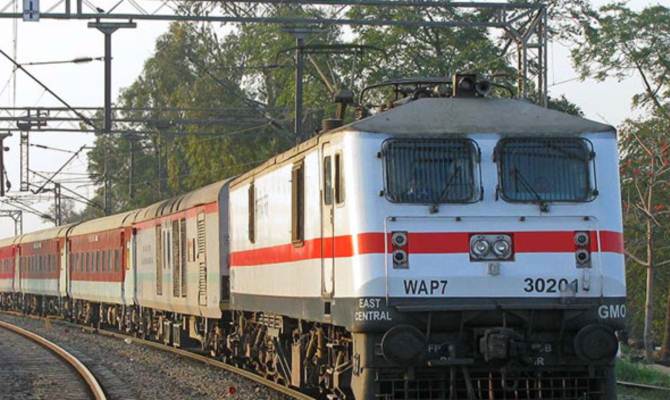 Western Railway has chalked out action plan for water conservation in next 5 years. Roof Top Rain Water Harvesting work will be continued in the coming years and during the year 2019-20, it is planned to provide RWH at 39 locations.

According to a press release issued by WR CPRO Ravinder Bhakar all railway buildings having roof top area more than 200 sqm will be provided with rain water harvesting system. In Mumbai division it is planned to have Roof Top Rain Harvesting and Surface Rain Water Harvesting at 40 locations. Regular auditing of location where water consumption is more than 5 lakh litres per day has will be done to ensure that wastage and leakage is minimized. Water meters will be installed in major service buildings, workshops, depots/sheds, stations at major water consuming locations for measurement and accountal of water consumption.

It is planned to introduce  automatic valves with a built in actuating mechanism. This will result in reduction of manpower. SCADA (Supervisory Control & Data Acquisition) based control system will be used for optimizing the functioning of pumping system. Pumping automisation is also planned to avoid over flow and wastage by water from overhead tanks.

A large number of bore wells have died and WR planned to recharge a total of 71 dry open wells and are planned to be recharged in the next 2 years. A large number of subways have been constructed in lieu of the Level crossings. The general topography of a large number of subways is such that the rain water gets accumulated in the subway portion as well on its approaches. To drain off the storm water collected, it is proposed to collect the storm water and channelize it into adjoining sump which will, apart from improving the drainage, greatly aid in re-charging the water table.

Bhakar stated that water is extremely vital in the everyday life of everyone in the world and eliminating water would finish our species as we all depend on the necessity of water. Western Railway as a social responsibility is making all efforts to conserve water. Various efforts are made by Western Railway to plug the loss of water which may arise due to leakages, over flow & over consumption.

Leakage being a major source of loss of water, the valves have been fixed, as well as leakage through pipe line has been plugged. The occupants of railway quarters, valve man, Carriage and Workshop staff, cleaning contractor staff have been counselled on the importance of saving water. The old corroded pipe lines have either been repaired or replaced depending upon its condition. Use of sprinkler on play grounds and other gardens is being done for optimum use of water. Push cock taps and Aerator taps have been provided at some water huts & in toilets. Many of the stations have been painted with slogans ‘Save Water-Save Energy’.

During the year 2018-19 Roof Top Rain Water Harvesting(RWH) has been completed at 49 locations and during 2017-18 at 17 locations. RWH aids in increasing the ground water table.  At Ahmedabad division recharge of ground water by rain water harvesting at LHS/RUB, various railway buildings and sheds are being done. Rain Water Harvesting has been completed in 19 structures and  is planned to be done at 29 LHS and 22 station buildings in the next 5 years. Water harvesting has been done at Pratapnagar division office and Nadiad and it is planned to be done at 10 more locations on Vadodara division like Pratapnagar hospital, Electric Loco shed, Petlad, Cambay station building and at all LHS sites.

Water recycling plant of 1 MLD capacity is under installation at Bandra Terminus and is expected to be completed in 3 months. Such water recycling plants will be set up at 4 other locations on Mumbai division in the coming years. Survey for water recycling plant has been planned at major stations of Vadodara division. Waterless urinals have been installed in Vadodara station and 30 more are planned. 185 aerated taps are proposed for the water fountains and wash basins at Vadodara station.Water meters have been installed at stalls on stations for curbing wastage of water and further 18 more such water meters are proposed to be installed on Vadodara division.

Hydrant valves are being used for train watering. Platform and apron washing is being done by jet spray as against pipe supply. Regular in-house audit of water supply system was done at Vadodara, Ankleshwar, Nadiad, Dabhoi, Bharuch, Anand and Godhra. Recharging of dry well is proposed to be done at Modasa station and Pratapnagar railway hospital. On Rajkot division at Vani Road railway colony, an open dry well has been cleaned and recharged. In the coming years 21 dry open wells will be cleaned for recharging to conserve water.

Saline water is being converted into potable water by installing RO at Okha. Roof top rain harvesting system has been installed at Running Room and Subordinate Rest house at Rajkot. It is proposed to provide roof top rain water harvesting system at 8 more locations during the year and in the next five years 50 percent of railway stations and railway colonies on Rajkot division are targeted to be provided with this system.

On Ratlam division, 2 stations Chittaurgarh and Sehore have initially been taken up to take simple measures to save water. Due to the little efforts like plugging leakages, counselling considerable percentage of water could be saved at these stations. The water supply too has been controlled as per the weather. In Chittaurgarh during the period from 1.04.2017 to 30.09.2017, 1.95 lakh litre of water was being consumed per day which makes it 3.51 crore litres in 180 days. But during the year 2018 in the same period 3.24 crore water was consumed, that is reduction of 27 lakh litres of water which is a saving of almost 8 per cent.  Similarly, at Sehore station 12.60 lakh litres of water was saved in 180 daysi.e 6 per cent water was saved.

Sewage treatment plant of 0.6 MLD capacity is under installation at Dahod and will be completed in August’ 2019. De-silting of Kali dam at Dahod has been carried to increase the storage capacity of dam which has greatly facilitated in ensuring adequate water supply at Dahod station, work shop and colony. Shri Bhakar stated that to preserve our natural resources, actions and attitudes towards sustainability must stay at a high level throughout all spheres and Western Railway is constantly  working towards this goal.