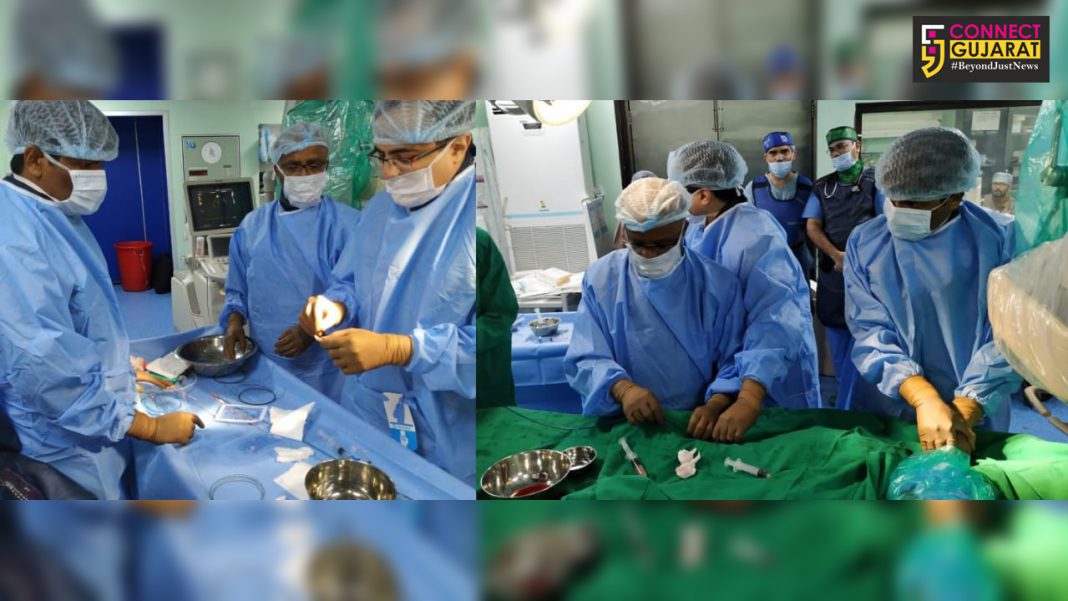 Western Railway’s Jagjivan Ram Hospital is leaving no stone unturned in its efforts to offer timely &lifesaving procedures to its patients. There have been several instances where, because of dedicated efforts by the team of doctors & specialists, JRH has successfully managed various complicated and extremely difficult cases with high mortality & morbidity.

In for the first time in the history of Western Railway’s Jagjivan Ram Hospital, a rare and complicated congenital cardiac intervention was done in a 9-year old child. The team of doctors opted for this procedure after doing a detailed evaluation.

According to a press release issued by WR CPRO Ravinder Bhakar, Master Abhay Raj Kumar Ram was suffering from a big hole in the interatrial septum, medically known as Atrial Septal Defect (ASD) for which he was suffering from repeated respiratory tract infection and palpitations since his childhood. He was thoroughly evaluated by cardiologist Dr. Shishir Kumar Roul at Jagjivan Ram Hospital who found that the child had a big  ASD with dilation of right side of heart and pulmonary arteries.

The doctors had two options with them, one was surgically operated and another was device closure. The Percutaneous Device Closure procedure was considered better over surgical, even though seeing the difficulty in the case looking at the patient age.

The decision to go ahead with the procedure was established after a detailed evaluation was done by the doctors. On 20thJuly, 2019, a very high risk Percutaneous ASD device closure procedure was performed under general anesthesia with 14 mm septal occluder successfully by cardiologists Dr. Milind Phadke, Dr. M.V. Reddy , Dr. Shishir Kumar  Roul , Anaesthesiologist Dr.Subhranshu Kumar and the cardiac team in CVTS department  under the guidance of Dr.Hafeezunnisa, Medical Director, Jagjivan Ram Hospital.

The child is stable after the operation and the post-procedure echocardiogram (echo) showed normal. After the improvement the child was discharged on 22nd July, 2019.