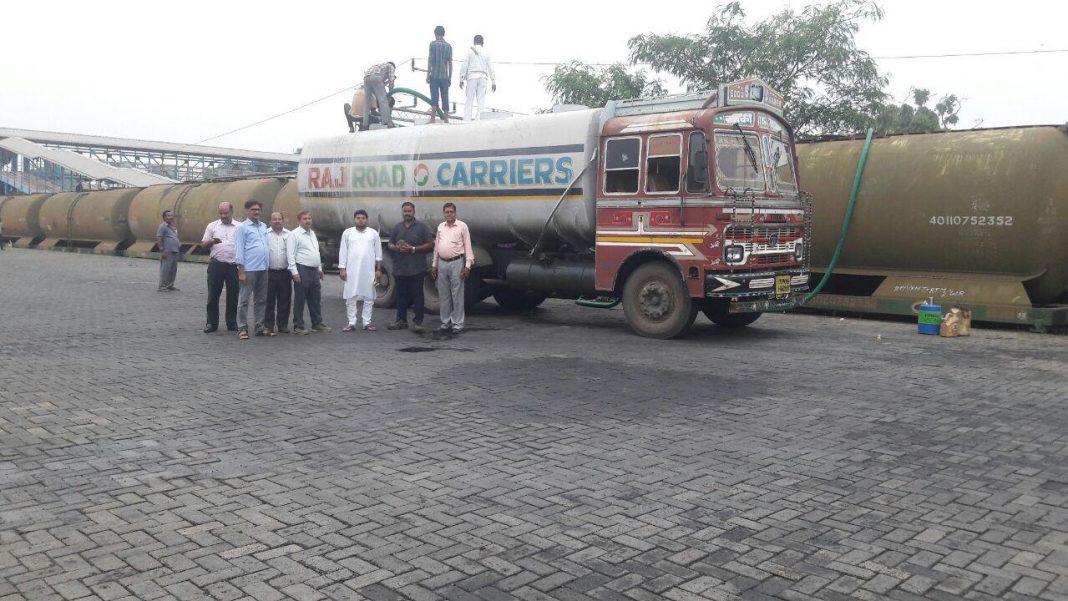 dispatched from Ratlam to Palghat

All 15 tanks of Water Special train at Ratlam station ready to leave for Palghat as relief for flood-stricken Kerala. A view of water quality being checked of each of the tanks before being dispatched.

Western Railway, as a relief measure to the people of severely flood hit Kerala send 9 lakh litres of filtered drinking water was sent by a Water Special Train.

According to a press release issued by  Ravinder Bhakar Chief Public Relations Officer of Western Railway, the water special train from Ratlam to Palghat was dispatched on 17th August, 2018. All 15 tanks of the Water Special train were filled with potable water and the quality of water of each tank was tested before its dispatch.

Kerala has been witnessing extreme flood situation since last few days owing to incessant rains where hundreds of people have also lost their lives. With such dire situations Western Railway extends its helping hand and support the people of Kerala.

Indian Railways has made necessary arrangements in case of emergency situations in the state. Southern Railway has also dispatched water special consisting of 7 wagons. Total of 2,740 cartons of bottled water from Parassala Rail Neer plant has also been sent with loading of another 10,000 cubic boxes of water bottles is under progress to be sent in the state.