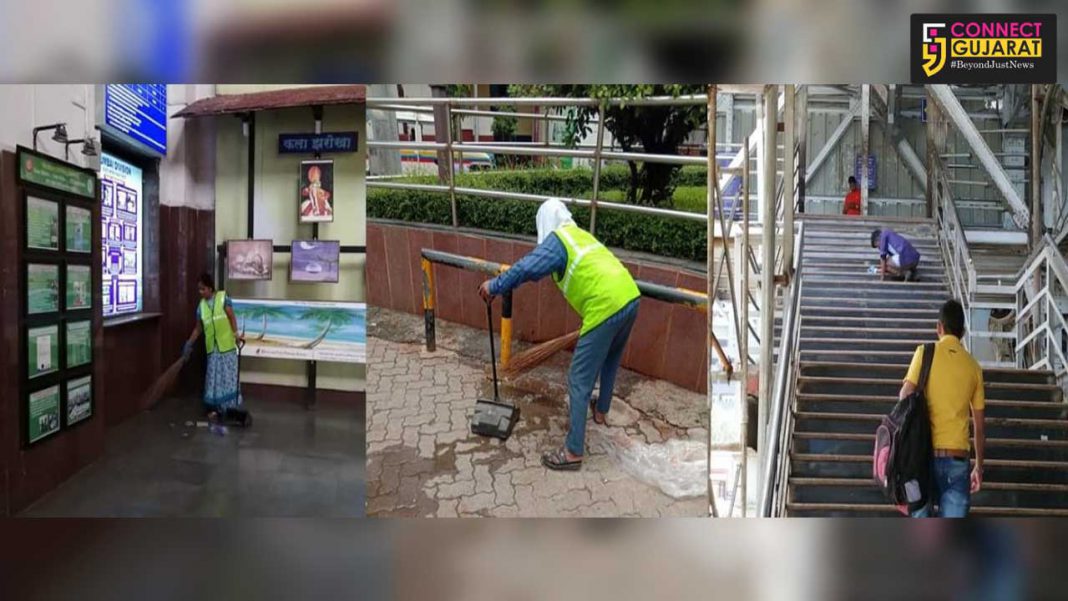 Under the guidance of A.K. Gupta – General Manager of Western Railway, one such cleanliness drive was executed recently with the Swachhta Awareness Campaign at Bandra Terminus station in association with Indian Oil Corporation Limited (IOCL). The drive was implemented under the Swachh Rail – Swachh Bharat mission.

Mechanised cleaning using Jet machine is used for cleaning of railway tracks. Areas such as pillars and walls dirtied with pan spits, Foot Over Bridges and water fountains are also done under such cleanliness drives. Western Railway also makes regular announcements through PA system for passengers to help in keeping the station premises and trains clean. Through strict checks, fine is also imposed on commuters who are found littering in station premises.

Bhakar stated that beside these regular cleaning drives towards cleaner stations, a massive cleanliness drive in the form of Swachhta Pakhwada from 16th September to 2nd October, 2019 will be observed all over Western Railway. The Swachhta Pakhwada will be organised with a view to ensure visible and tangible improvement in cleanliness at all railway premises such as stations, trains, offices, colonies, workshops, maintenance depots, hospitals.

On 2nd October, ‘Sewa Diwas’/’Community Day’, wherein the Station Masters will seek cooperation from general public, railway employees, railway colony staff, NGOs etc. not to litter the railway premises and to keep it clean, will be observed. A combined shramdaan will be organized for cleaning the station premises and its surroundings.
Under Swachhta Pakhwada, through comprehensive and massive cleanliness drives, awareness on how to keep the premises clean and healthy, shramdaan activities, etc. will be done to attain pristine appearance of all stations across Western Railway.