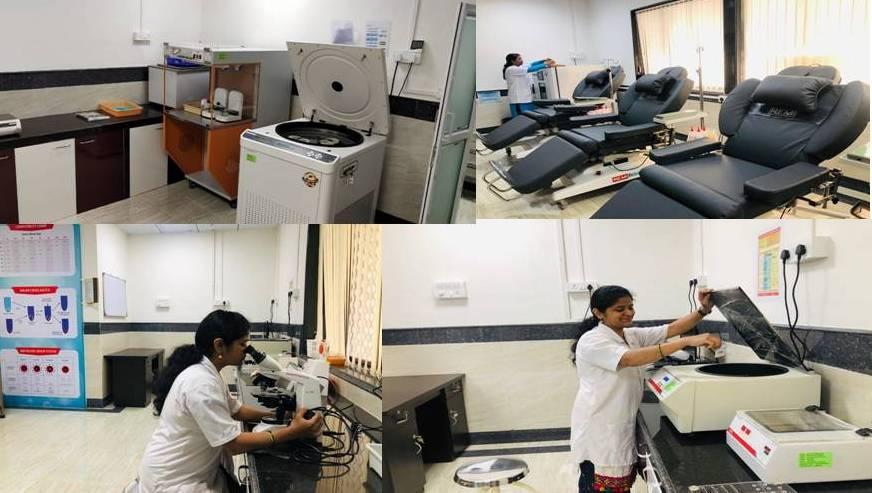 Western Railway opens its own In-house Blood Bank facility for its Railway beneficiaries in its Jagjivan Ram Hospital at Mumbai Central. It is the First ever In-house blood bank facility in any Railway Hospital over entire Maharashtra and Gujarat.

The commencement of this unique facility of blood bank on the 1st day of New Year has been proved as a special gift for Railway beneficiaries by Western Railway. On 1st January, 2019 A.K. Gupta – General Manager of Western Railway inspected the blood bank facility and provided green signal to start the Blood Bank for Patients.

According to a press release issued by  Ravinder Bhakar – Chief Public Relations Officer of Western Railway, this is the first such state of the art blood bank having blood component and aphaeresis facility with most advanced technology, made available in any Railway hospital on Indian Railways.

Jagjivan Ram Hospital is zonal hospital of Western Railway having super specialty department like Cardiovascular Surgery which requires blood and also many patients of Dengue require platelets. 80% of indoor admissions of Jagjivan Ram Hospital are from outside Mumbai and it was very difficult to arrange blood for them.

Jagjivan Ram Hospital has developed and in-house facility of blood bank which will help for arrangement of blood for critically ill patients and this facility will be very helpful for patients during critical hours. Jagjivan Ram Hospital got the License to operate Blood Bank for Whole Blood and its Components including aphaeresis on 31st December, 2018.

At given time, capacity of Blood Bank is to store 2000 Blood Units.

Blood Bank has facility of Platelet donation which is very useful for Cancer patients and Dengue patients in need of platelets.

At a time four donors can donate blood in Blood Bank.

One floor has been dedicated for the Blood Bank in new Annexure Building.

Most advanced equipments costing Rs. 2.5crore has been provided in Blood Bank.

“Safe Blood for every needy patient” is the motto behind developing this facility.