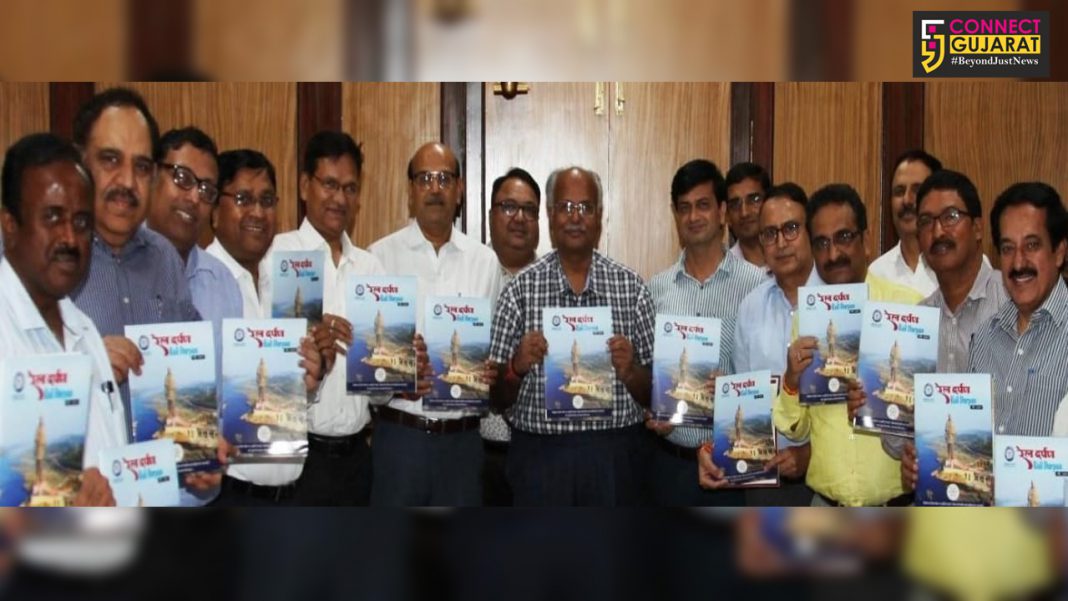 The latest edition of Western Railway’s popular in-house magazine ‘Rail Darpan’ was released by A.K. Gupta General Manager  Western Railway on Monday, 15th July, 2019 at W.Rly. Headquarter at Churchgate. The magazine has also earned the distinction of winning the prestigious National Awards from the hands of The President of India, instituted by the Rajbhasha Directorate of Home Ministry Government of India.

On this occasion Gupta appreciated the overall efforts of the editorial team of ‘Rail Darpan’ and expressed his pleasure about the popular magazine won many prestigious awards for its creative excellence and also provided an excellent platform for the literary talents of Western Railway to express and share their views and creations.

Realizing this concept, this edition’s cover page is adorned by the magnanimous statue of the Iron Man of India – Sardar Vallabhbahi Patel, installed at Kevadiya, who is credited for the unity and formation of integrated modern India, reflecting the symbol of progress alongwith the logo of ’Ek Bharat, Shreshtha Bharat’ and couplet of poem which express the beauty of unity of our glorious nation.

A special poetry composition dedicated to this theme and aptly titled ‘Song of Pride of the Nation’ is a major attraction of this new issue, in which the glorious culture and prosperous history of our beloved nation besides the progressive achievements have been beautifully portrayed through impressive words and poetic expressions.

The new issue of Rail Darpan incorporates the various developments of Western Railway in the last few months alongwith regular features of interesting stories, satire, health discussion, story-poem, regular columns like book review,etc. Apart from these, the series of ‘My Marathi’ dedicated to regional language Marathi is also continued. The e-edition of this magazine is also available on the official website of W.Rly – www.wr.indianrailways.gov.in