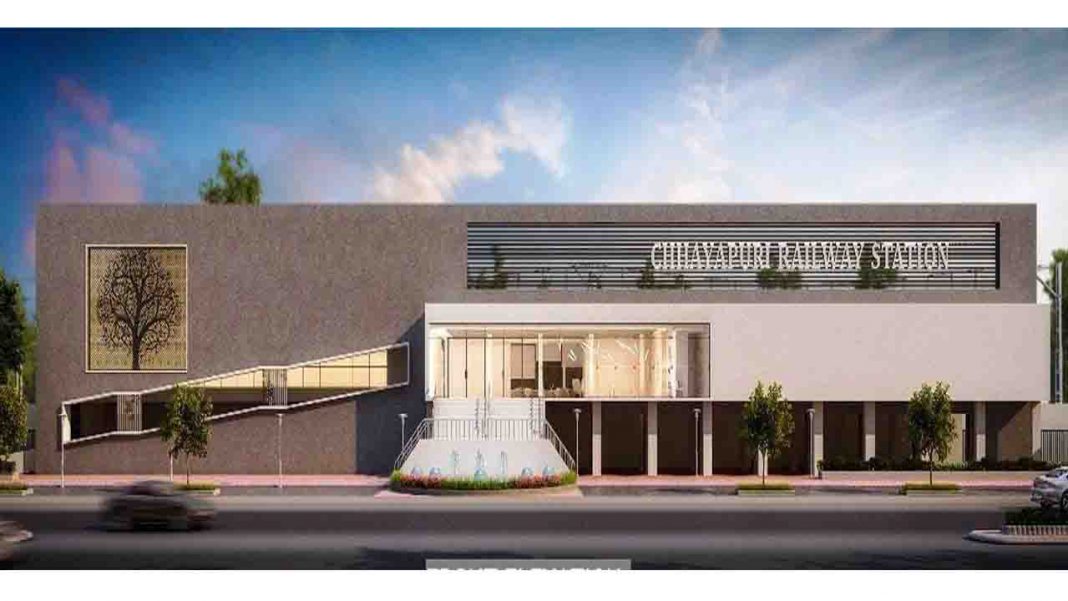 Railway Board approved diversion of 13 trains via Chhayapuri station

Continuing with several projects at hand, Western Railway has now developed the Chhayapuri station as a satellite station to serve as an additional station for city of Vadodara for trains running on Ahmedabad – Ratlam and onwards route. It was a flag station near Vadodara Junction and situated on the bypass chord connecting Vadodara – Ahmedabad line and Vadodara – Ratlam line. 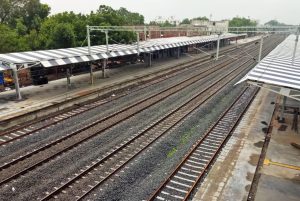 At present 19 pairs of trains are operated from Ahmedabad to Ratlam – Delhi via Vadodara. This requires detaching of engines and attaching it to the other end of train which leads to detention of trains, congestion at Vadodara station as platforms are occupied for longer duration, detention of engine, wastage of man hours.

Vadodara station is a junction station connecting the two very important routes of Mumbai – New Delhi line of Golden Quadrilateral and Mumbai – Ahmedabad line. The station caters to around 200 trains daily and some of the important trains that halt at Vadodara station are Mahamana Express, Rajdhani Express, Duronto, Antyodaya and others. It is an A1 category station and has 7 platforms. In last 5years, 80 new trains were added and the number will further increase in future.

Bhakar also stated that in the future the National High Speed Rail Corridor passing through Vadodara has also planned a station at Vadodara. The construction work of high speed tracks will require closure of platform No. 6 & 7 for longer duration thereby further congesting the Vadodara station. Chhayapuri station will turn saviour for passengers and commuters in that area as it will ease the congestion of Vadodara station.

Chhayapuri station has 2 full length platforms (for 26 coach trains) and 2 loop lines. Hence, the trains on Ahmedabad – Ratlam line and vice versa will not be required to undergo reversal at Vadodara Junction. This will save around 27 minutes per train and ease Vadodara station of congestion.  The total cost of the project is Rs. 43 crores. This will pave way for introduction of more train on these routes and also improve the punctuality. The areas surrounding the Chhayapuri station will see a spurt in development as the new station will open the doors to opportunities and convenience.

Some of the benefits of the project are:

● It will eliminate reversal of trains at Vadodara. Trains will now move through chord line avoiding the Vadodara Jn. This will reduce the travel time by 30-40mins.

● This will free 4 critical paths at Vadodara improving mobility and punctuality.

● Loco movement to and from shed will reduce thereby decongesting Vadodara area.
● Chhayapuri will be a new ‘NSG-4’ class station in Vadodara area. Trains can be given preference here. This will increase terminal capacity of Vadodara area.

● It will reduce vehicular traffic congestion around Vadodara Railway station.

● It will reduce the requirements of shunters at Vadodara resulting in increase in crew availability for freight trains.

● Satellite stations help in expansion of cities and reducing congestion in city center. Surrounding areas of Chhayapuri station will see development as a result of this station.

• There are two Main Lines and 2 Loop Lines of full length.

• Currently there are two lifts and one foot over bridge at the station.

• Operation from Chhayapuri station will save approx.. 27 mins per train.

• A total of 19 pairs of trains (including weekly trains) can be diverted.

• The new station will be equipped with state-of-the-art facilities & offices.