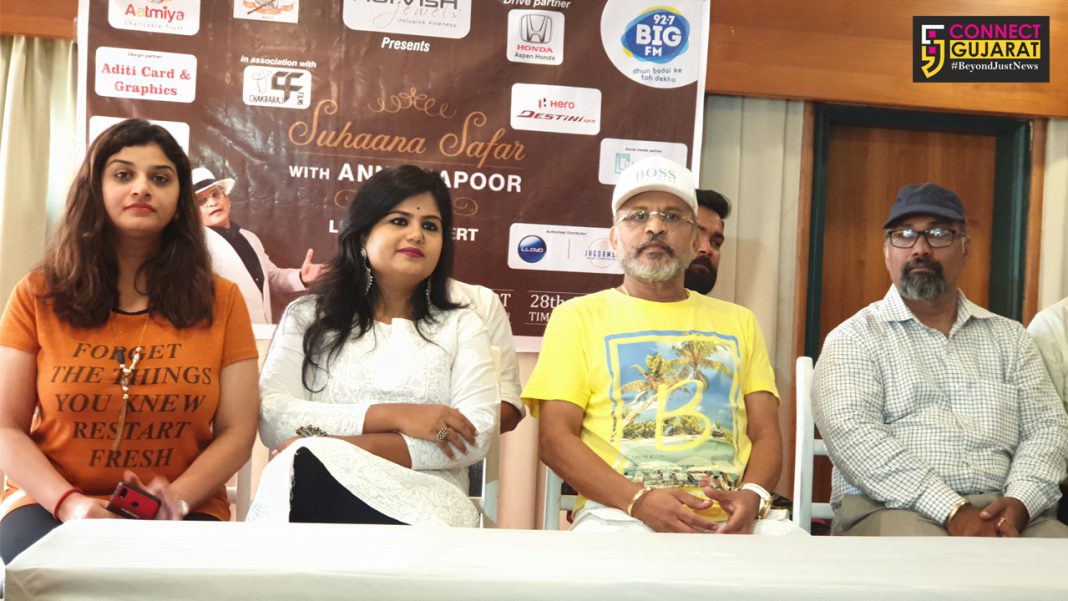 Shared his strong memories with the city

Well known actor and television presenter Annu Kapoor best-remembered for hosting reality show Antakshari has very strong memories with Vadodara. He felt nostalgic after visiting the city as his first ever stage  performance is here way back in 1994.

He is in Vadodara for an event “SUHAANA SAFAR” with ANNU KAPOOR on Sunday organised by Bhavesh Shah, founder of Aatmiya Charitable Trust and team. Annu shared his memories with the city and said to have very deep connection with the city. 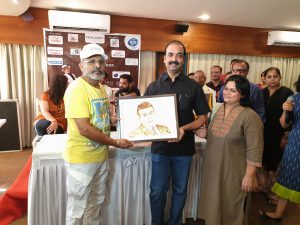 “Vadodara has a special place in my heart as 25 years ago on 28th January 1994 I gave my first ever stage performance for Antakshari here. Now once again I am here to perform for Suhana Safar and this time I take the story of a local person in the show. I also done show in Dabhoi and shot a film at Rajpipla produced by me,” said Kapoor.

Known for his roles in Mr. India, Vicky Donor and Jolly LLB 2, Annu will be seen in three films lined up with one alongside Amitabh Bachchan. With 37 years in the industry he said the level of acting is turning towards realistic work and the content of the films are rich now.

About the music of today he said nowadays the makers put focus on orchestration rather than the words. The old music is about the soul and message as poets became writers but now items numbers are more instead of emotional ones. He said it’s the time of transition and the music is going through the same phase.

About social media he said it helps people became star overnight but the point is about to sustain it. About MeToo he said the problem is there as 70% women comes out to share their experience and women are victimised not today but it continues since thousands of years ago.