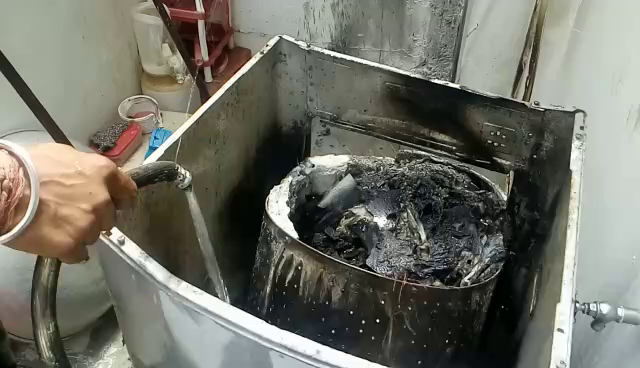 Family had a close shave

People often use automatic mode in washing machines in order to complete the other works in the meantime. However the mode can be life threatening and a alarming case came to light in Vadodara where the machine caught fire with a blast.

The incident happened inside a house in Harni Warasiya ring road where the washing machine kept on automatic mode caught fire with a blast.

However after sometime black smoke comes out from the machine and the neighbours informed the old lady about the same and she also got scared. The neighbours switch off the electricity supply and also tried to douse the fire with water till the fire brigade arrived and control the situation.

The saving grace was that the fire didnt spread further which prevent any big accident. The incident is a red light for the people often use automatic mode in electronic items.