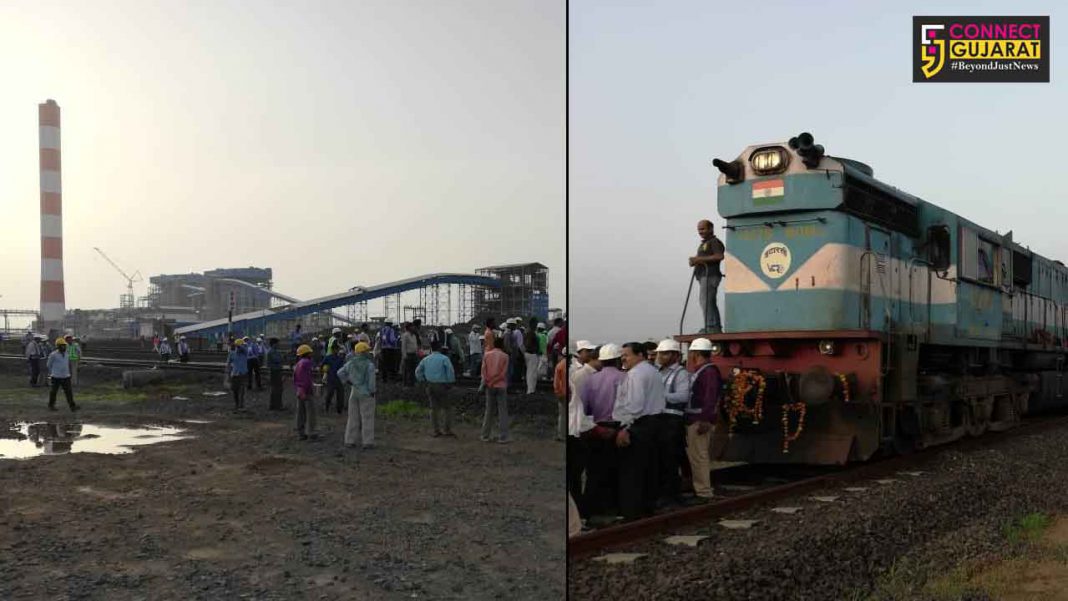 A new beginning was heralded by Western Railway on 12th August, 2019 by running the first goods train on the newly converted Mathela – Nimarkhedi section. The section is part of the gauge conversion project of Ratlam – Dr Ambedkar Nagar (MHOW) – Khandwa – Akola section  located in the state of Madhya Pradesh.

Being a very important line which connected western India with central India, it has been taken up for gauge conversion in phases. Out of 472.64 km, 298.60 km from Ratlam to Khandwa falls on Western Railway. Ratlam – Fatehabad and Fatehabad – Dr. Ambedkar Nagar sections of 147.7 km have already been commissioned and opened for traffic. The work on Dr. Ambedkar Nagar – Sanwad – Khandwa section of the project is being carried out, of which work on Nimarkhedi – Mathela has been completed.

The work on adjacent section of Sanawad – Nimarkhedi is also in progress at a faster pace and is targeted to be completed by 2019-20. Work on the balance portion of Dr. Ambedkar Nagar and Sanawad is also being undertaken and land acquisition is under progress. The gauge conversion work of balance portion of Khandwa – Akola is being carried out by South Central Railway. The total estimated cost of project is Rs.1421.25 Cr and the whole project is targeted to be completed by 2021-22.

Bhakar further stated that this section will now provide direct Broad Gauge connectivity to NTPC Plant, Khargone for supply of coal, thereby enhancing its capacity. The completion of this section will provide Broad Gauge connectivity to Omkareshwar temple. It will also connect Indore with Mumbai – Itarsi main line through Khandwa and will provide an alternate and shorter route for Rajasthan and eastern as well as southern India. Similarly, it will act as an alternate connectivity for Delhi from Maharashtra & Southern India through Indore – Ratlam. It lead to development of backward areas on Dr. Ambedkar Nagar and Khandwa region.