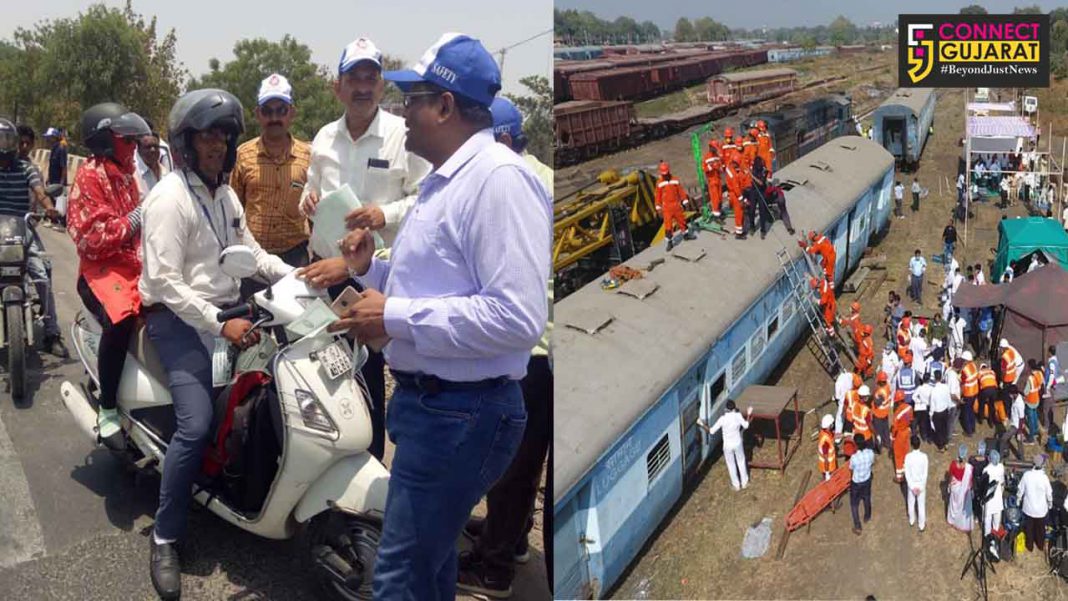 Western Railway has taken initiatives to provide various facilities to passengers especially when it comes to safety and security measures. They take various initiatives such as elimination of level crossings both unmanned as well as manned,  interlocking of LC gates, construction of Road Over Bridges, Road Under Bridges, Limited Height Subways and conducting various special safety drives, safety audits including publication of Disaster Management Booklets, Mock drill with NDRF, fire fighting training and others.

According to a press release issued by WR CPRO Ravinder Bhakar, W. Rly has taken all best possible efforts for enhancing the safety quotient by initiating various steps. Western Railway has become 100% UMLC free on BG line with effect from October, 2018, by eliminating all 638 UMLCs. Similarly, all efforts are being taken for elimination of manned Level Crossings. Total 81 Nos of LCs (55 nos UMLCs on other lines + 26 nos MLCs) have been closed till June, 2019 during this financial year. 60 numbers of RUBs and 10 nos. of ROBs have been completed and four nos. of gates interlocked by open line, till June, 2019.