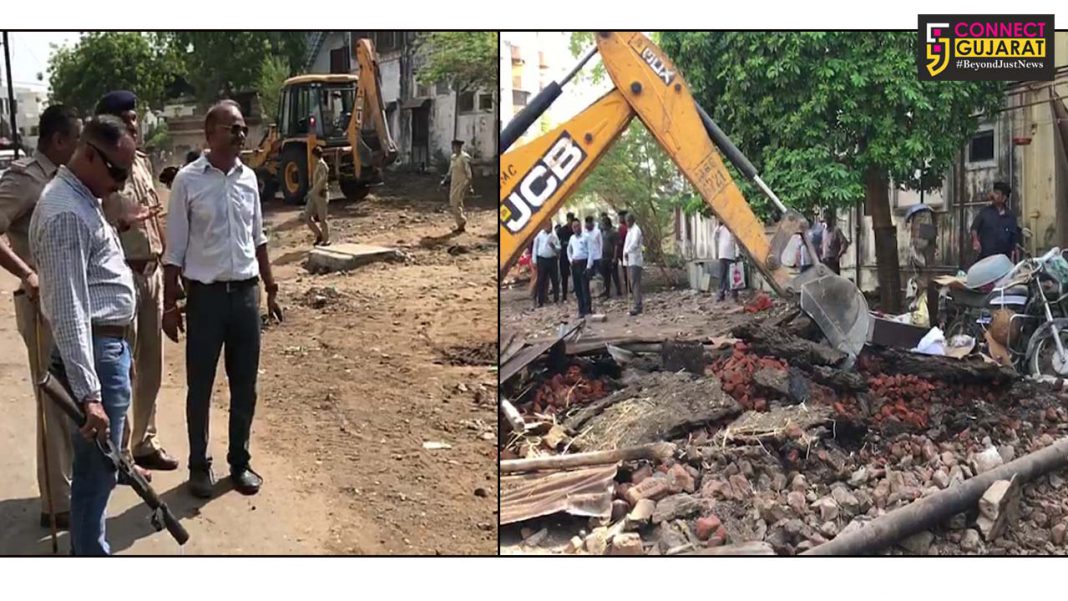 VMSS encroachment team demolished illegal cow stables on main road at Fatehgunj Sadar bazaar. The Bharwad and Rabbaris illegally made the structures to keep their cows for the last couple of years there and as the team reaches there to demolish it they went into arguments with them. However with police bandobast the structures were finally demolished by the team and around 30 cattles are captured and send to Panjrapole.

For the last two years the Bharwad and Rabbaris illegally made the structures on the main road towards Navyug school from Fatehgunj Sadar bazaar area. Locals approached the corporation office many times about the problems they face due to the encroachment.

On Saturday finally the encroachment team reached there with machinery to remove the structures. But the Bharwad and Rabbaris went into heated arguments with the team and protest. However the teams first captured the cattles from the stables and send them to the panjrapole. They then demolished the structures, water Hose to store water and cut down two illegal water connections from there and open the road till Navyug school.