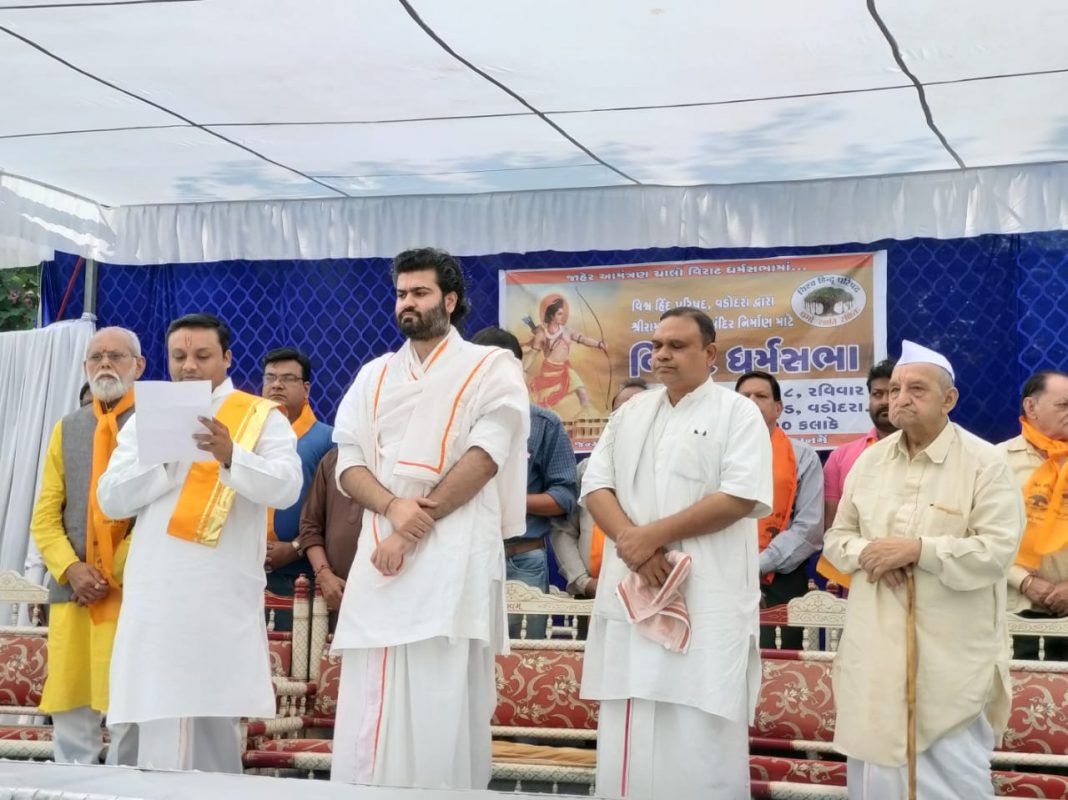 VHP invite everyone including Muslims to attend

Vishwa Hindu Parishad (VHP) Gujarat secretary said they will do everything which can help the Ram temple to built in Ayodhya. In coming days big religious gatherings will be organised all across the country and later they will approach every MP in their parliamentarian areas and request them to represent the issue in upcoming Parliament sessions.  On 9th VHP is organising a ‘Viraat Dharmasabha’ in Vadodara for construction of Ram Mandir at Ayodhya the birth place of lord Ram. Religious leaders from various temples, groups will attend the gathering and request everyone about early decision in  making Ram temple. Umashankarji Sharma central secretary VHP will address the gathering at the Navlakhi ground as the speaker in the Sabha. 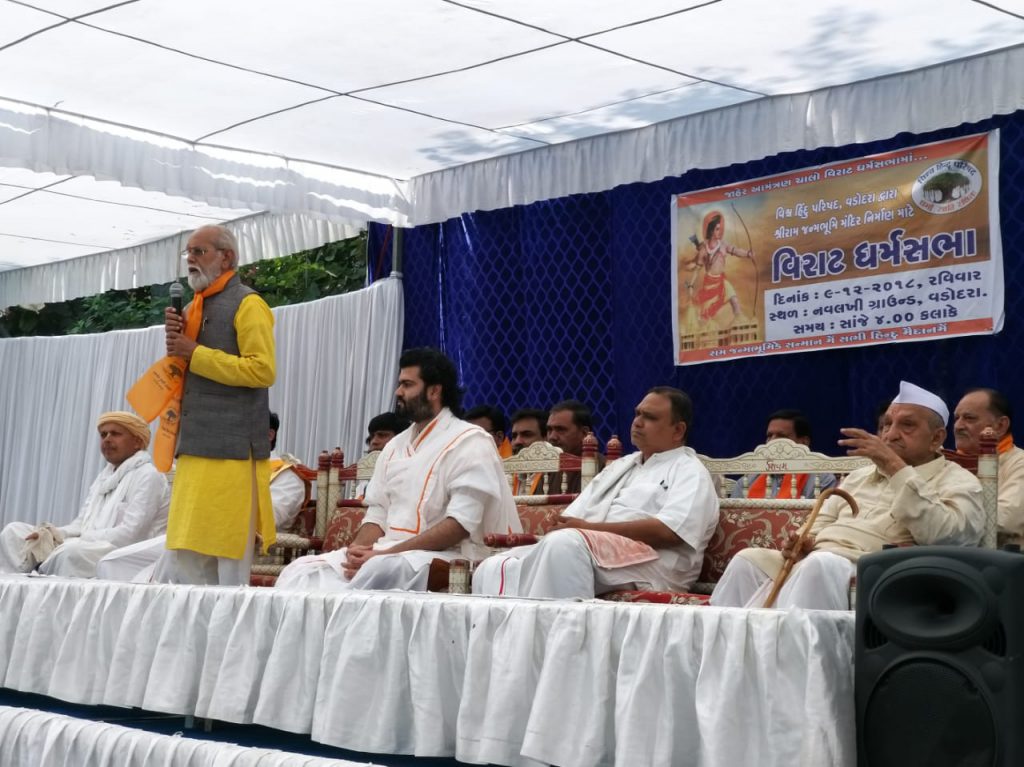 Gujarat secretary Ashok Rawal said the aim is to press the issue effectively for a early solution. “For centuries the matter is still unresolved and now it’s high time to bring a solution. As part of the decision we first give memorandum to President and then to every state governers about early solution in the matter.  Now big religious meetings are organised in about 500 places all across the country to request the people for their support. Finally we will be meeting every MP and request them to represent the issue in the Parliament,” said Rawal.
He also said that all are welcome in the religious meetings even the Muslims who wants to attend and support the cause. He said the VHP will do everything which can help in building Ram temple at Ayodhya.

Jio announces JioPostPaid Plus with never heard benefits for the users

Jio announces JioPostPaid Plus with never heard benefits for the users