The all female team from Hyderabad proves to be one of the main attraction in the All Terrain Vehicles Championship kick starts from Saturday in Vadodara. The team make the vehicle in five to six months time and came here to compete with top colleges of the country. This is season third of the championship […] 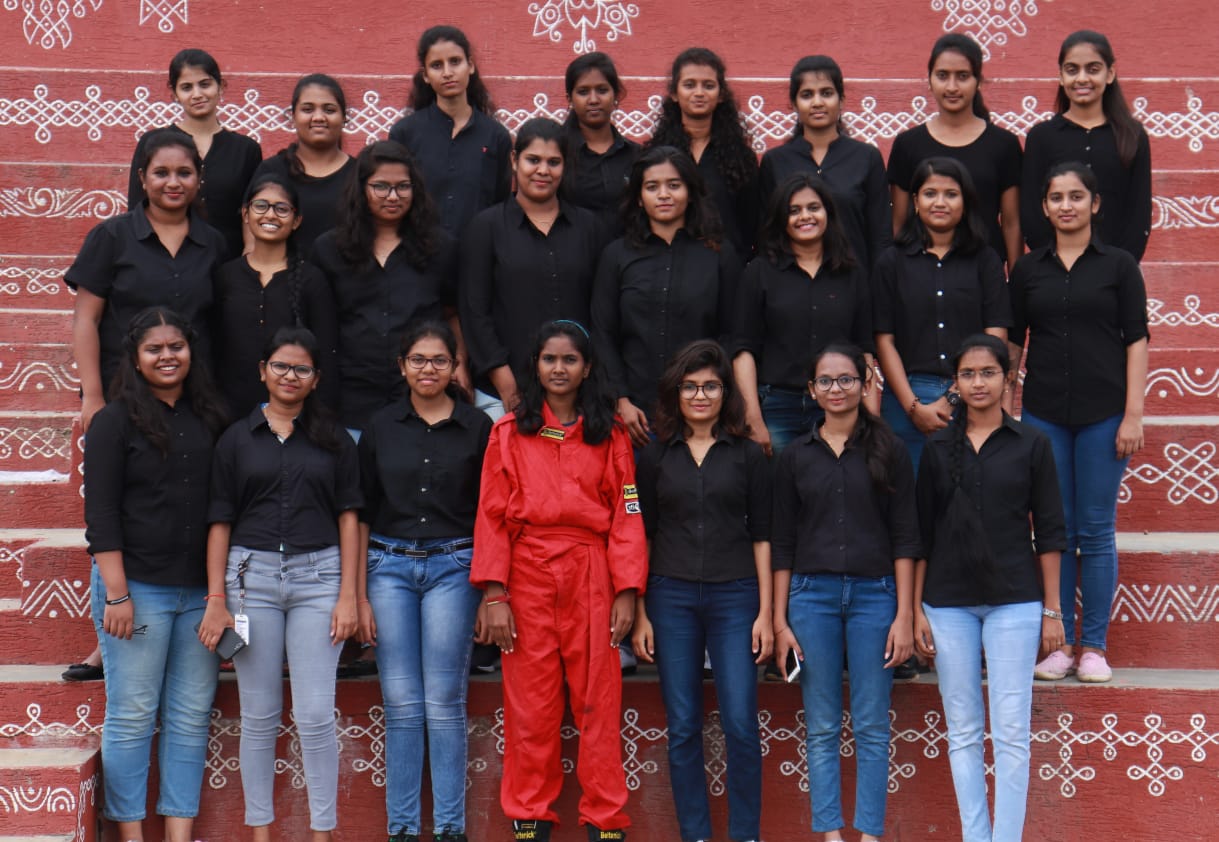 The all female team from Hyderabad proves to be one of the main attraction in the All Terrain Vehicles Championship kick starts from Saturday in Vadodara. The team make the vehicle in five to six months time and came here to compete with top colleges of the country. 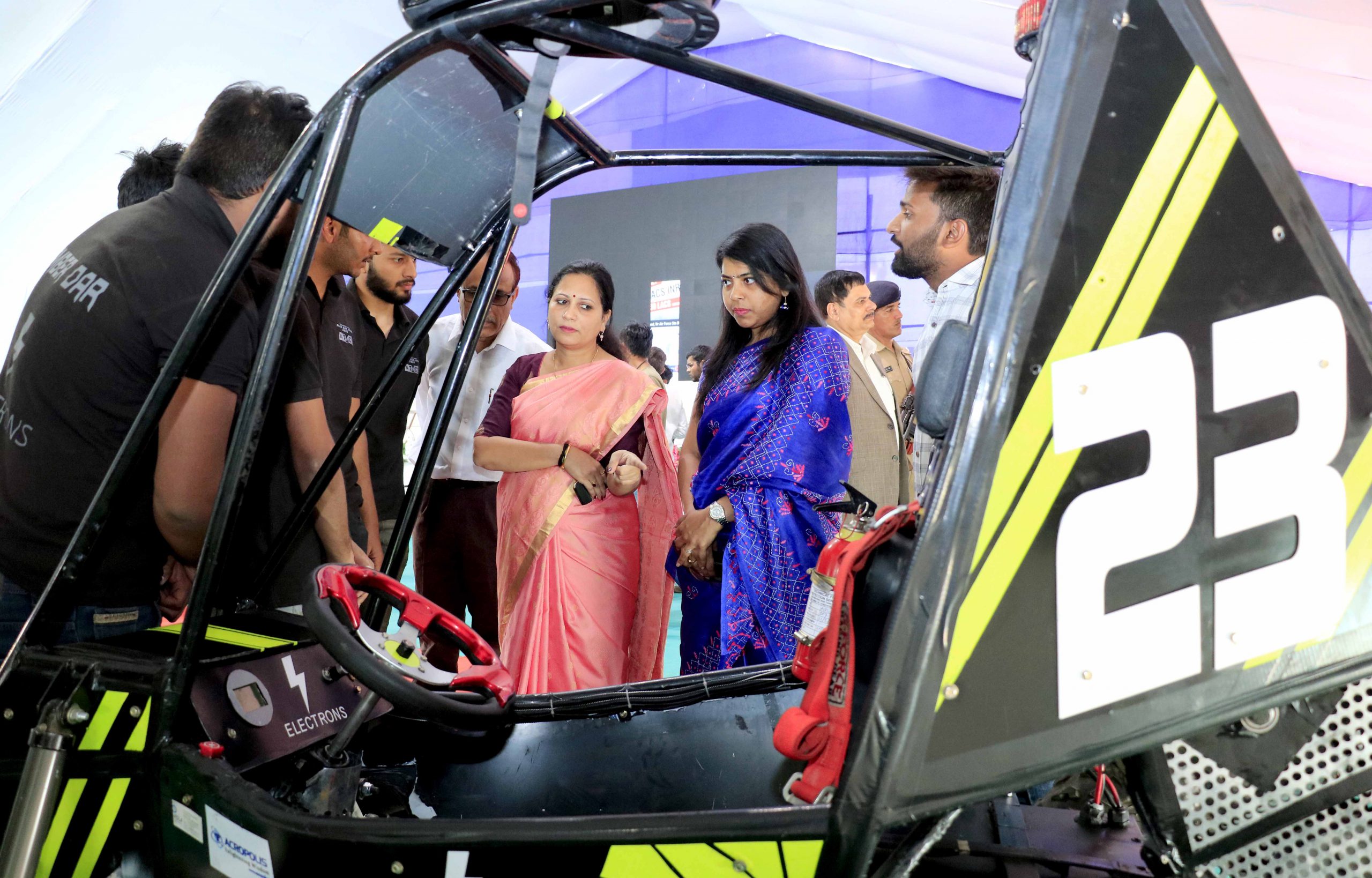 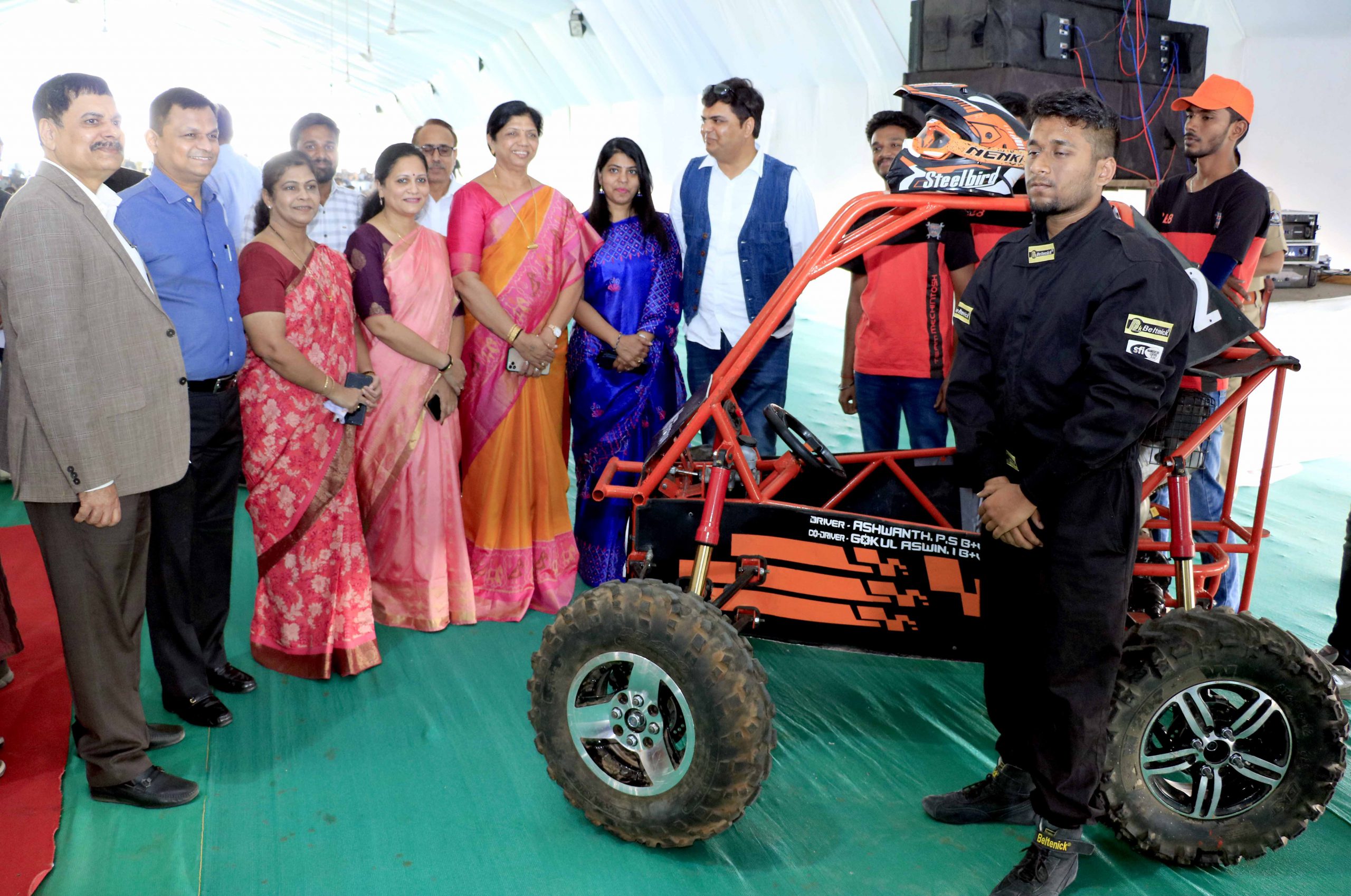 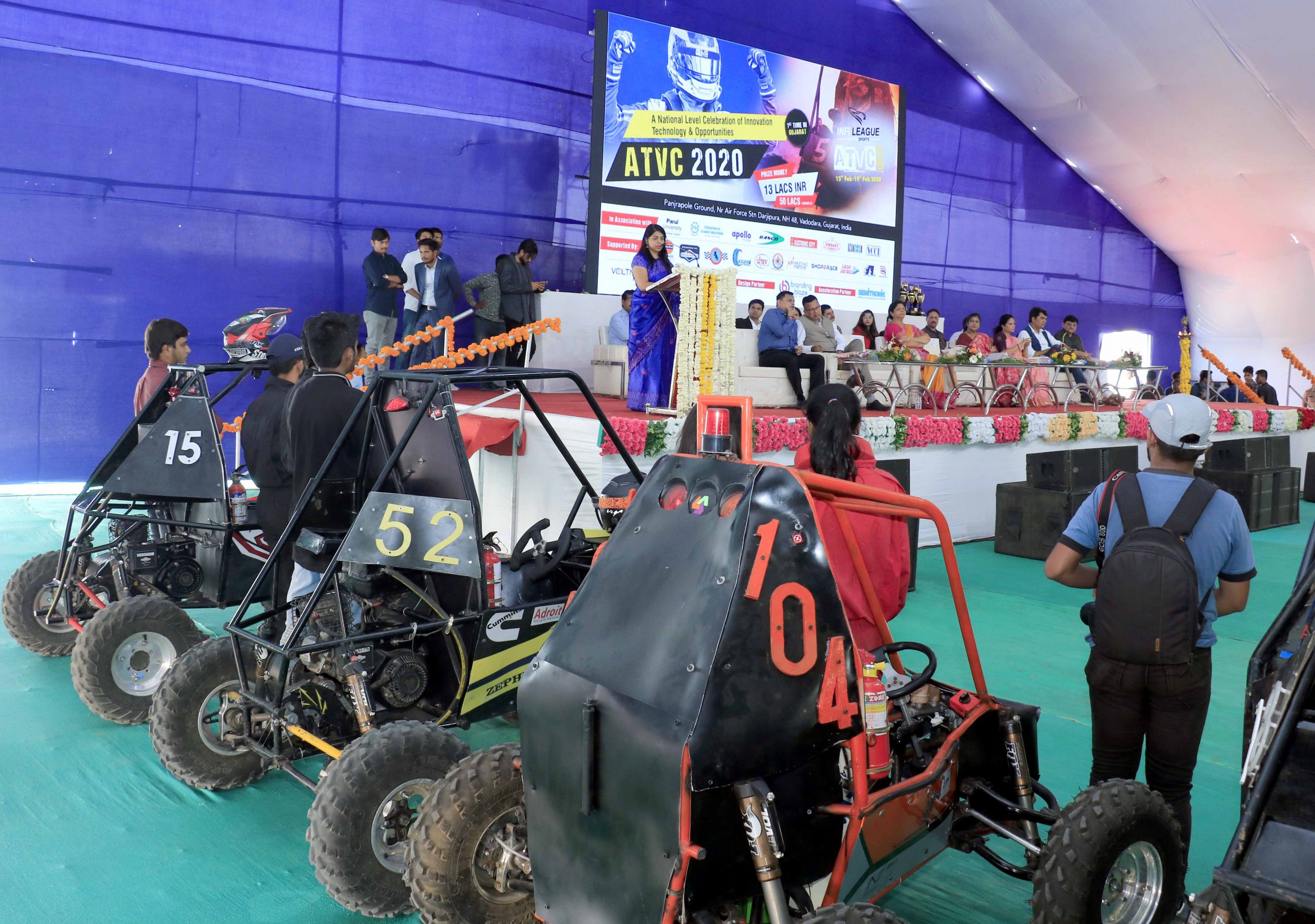 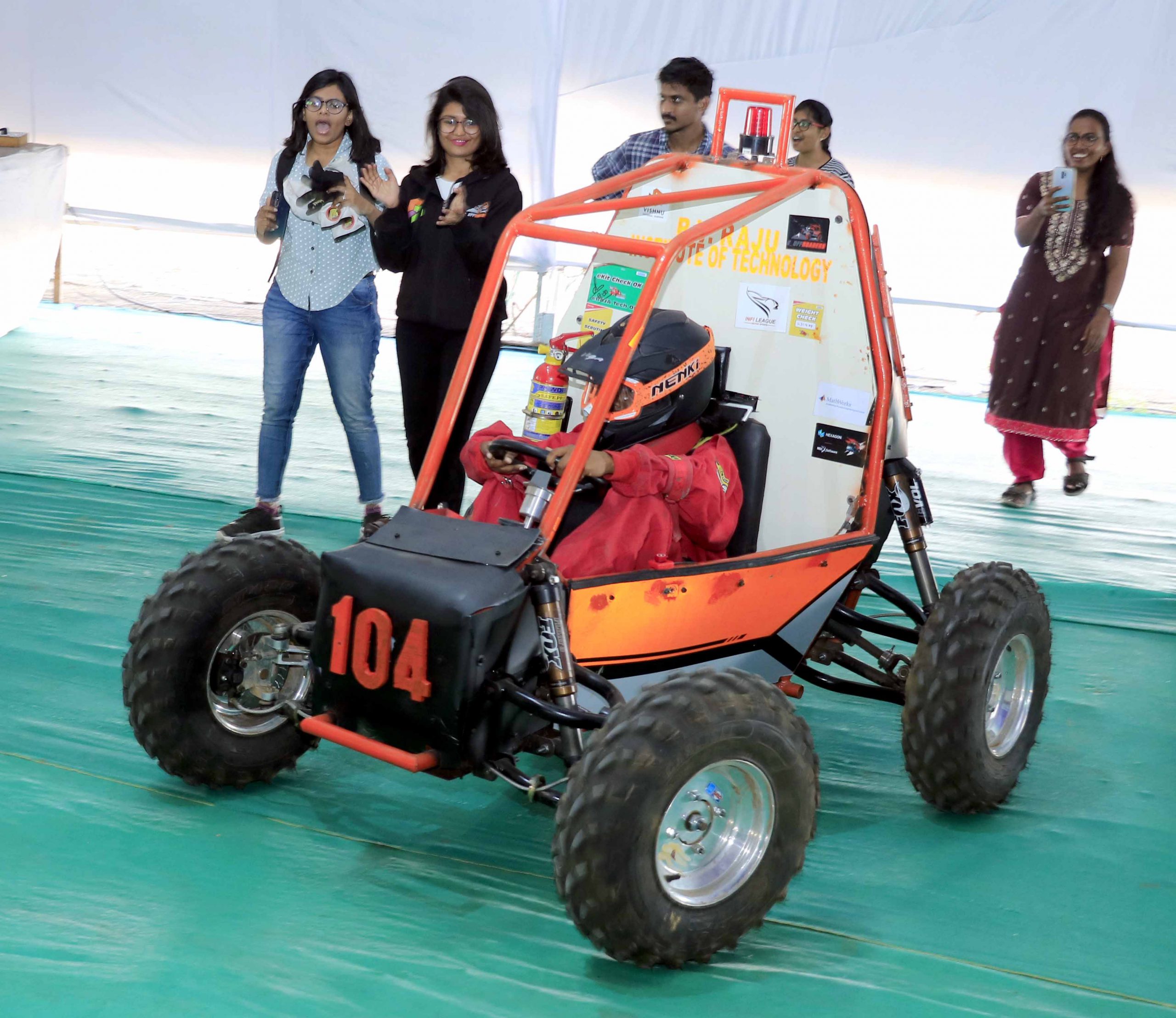 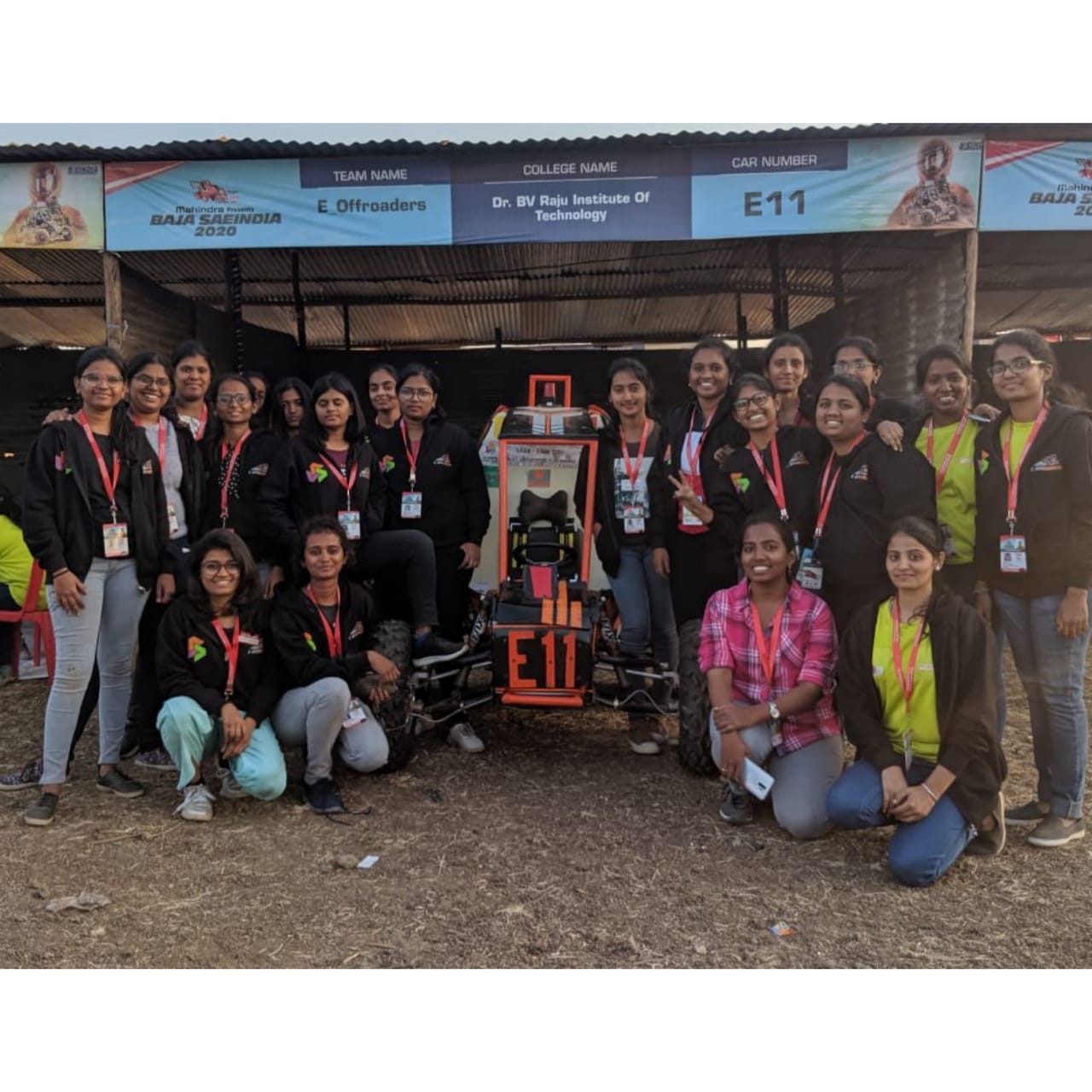 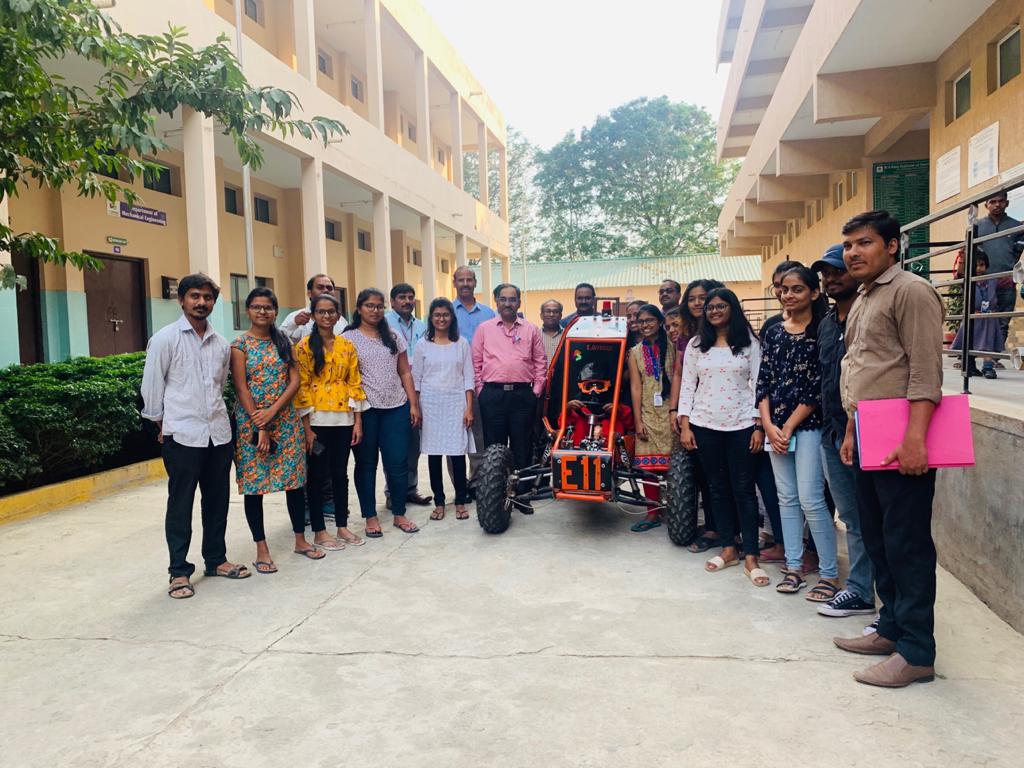 This is season third of the championship league organise for the first time in Vadodara. 16 states are participating in the event with 100 teams which includes 10 teams from Gujarat with 2 teams from Vadodara itself. It is significant to note here that for the first time in Gujarat and in the history of this competition, it has been organized by a District Administration in the country by coordinating with industrial and commercial organizations with amalgamation of engineering and technical educational institutes.

In the current competition, the winning teams will be given a prize of Rs 8 Lakhs for the best combustion engine and Rs 4 Lakhs for the electric powered vehicle. There may be chances for the top five competitors to compete in the International A.T.V.C Racing Championship.

The team from B.V. Raju Institute of Technology Hyderabad consists of female students of Mechanical and Electrical streams. This is the only female 19 students team in the event lead by Apurva Gattu and rider Sathvika.

The team proves a perfect example of women empowerment as they designed their vehicle in five to six months time to compete in the national level championship. District collector Shalini Agrawal welcomed the team and appreciated their effort to participate in the tournament. It’s because of her efforts the championship is organised in Vadodara along with a mega job fair. She along with MP Ranjan Bhatt, MLA Seema Mohile and Manisha Vakil inaugurated the ATVC and witness the creativity of the students in designing the vehicles.

Team captain Apurva Gattu said, after the theorical study the team designed the All Terrain vehicle in five to six months time in their college. They form five each members teams and distributed work of design, production, sponsorship and managment to design the vehicle. While designing it we listen from people about the male only do this work. Hence we took it as a challenge and complete the design involving only females team and prove the world that we can do anything.

She further said that after the rigorous efforts of five to six months they came here to participate in the championship and proud to know that they are the only female team competing here. The Vadodara district collector Shalini Agrawal also welcomed us and motivate us with her inspiring words. We now decide to compete not only in Vadodara but in every championships all across the country.

The five days event will witness top colleges compete in various categories and the only female team from Hyderabad will not only be one of attraction but can give hard time to the participating teams.