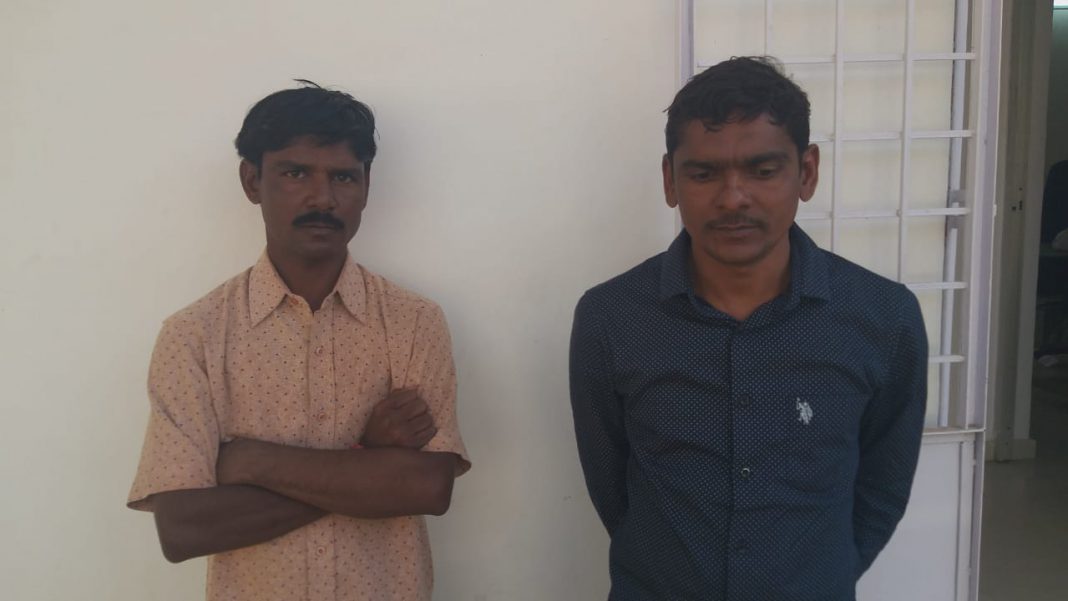 Around 19 offences were registered against them in Varnama police station

Varnama police arrested two bootlegger brothers from Ratanpur village involved in attacks on police teams in the past. Around 19 offences were registered against them in the Varnama police station.

As per details Rakesh Jaiswal and his bother Hitesh Jaiswal was arrested by the police late last night. Both of them are wanted for the last two months and the team caught them during a prohibition raid in Ratanpur village.

Both the brothers are notorious for attacking the police teams and threatening the villagers to hide the liquor inside their homes. Both also served PASA in the past and wanted for the last two months.

Last night PSI Jaideepsinh Sarvaiyya along with his team raid inside the house of late Harish Shanabhai Rathodia and caught IMFL worth around 1 lakh from there. At the same time they managed to caught notorious bootlegger duo Rakesh and Hitesh Jaiswal roaming in the village.