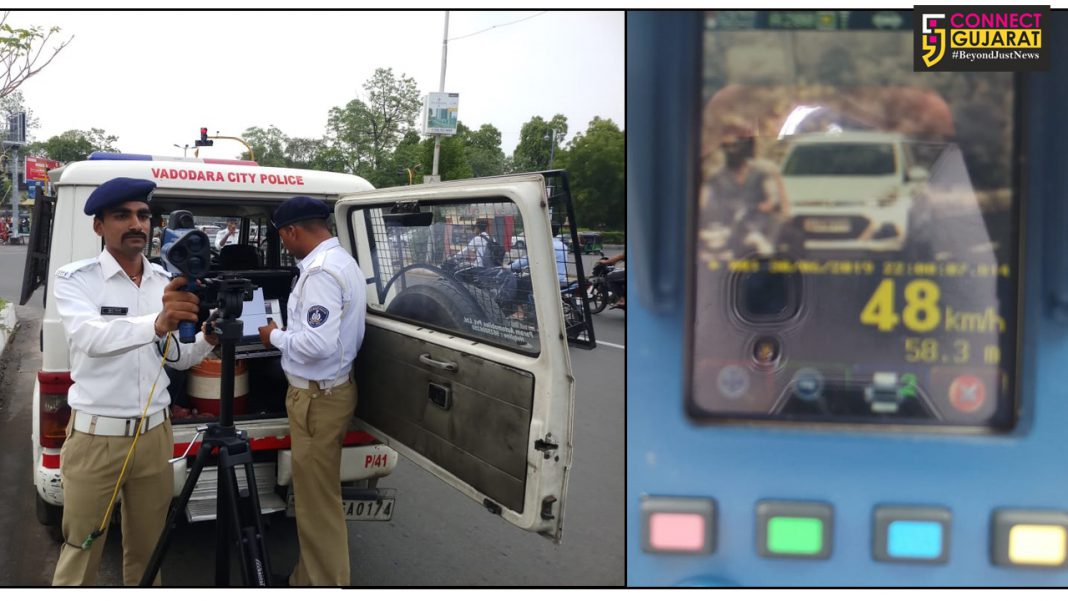 Vadodara traffic police collected fine of 42,000 from over speeding drivers in the city. The teams with the help of Laser speed guns fined 105 people for violating the speed limits decided by police department.

Based on the notification by the police commissioner the traffic department on Monday started their campaign to caught the over speeding vehicles inside the city limits. The teams decides the speed limit to 40kmph for the Light Motor vehicles and under. While the limit is set to 30kmph for the heavy vehicles.

Based on the notification the traffic police department with the help of laser speed guns caught the over speeding drivers at Maharani Nursing Home crossing, Sardar Estate crossing and Harni road areas. The team with the help of pics as proof caught 105 drivers and collected fine of 42,000 from them on the spot.