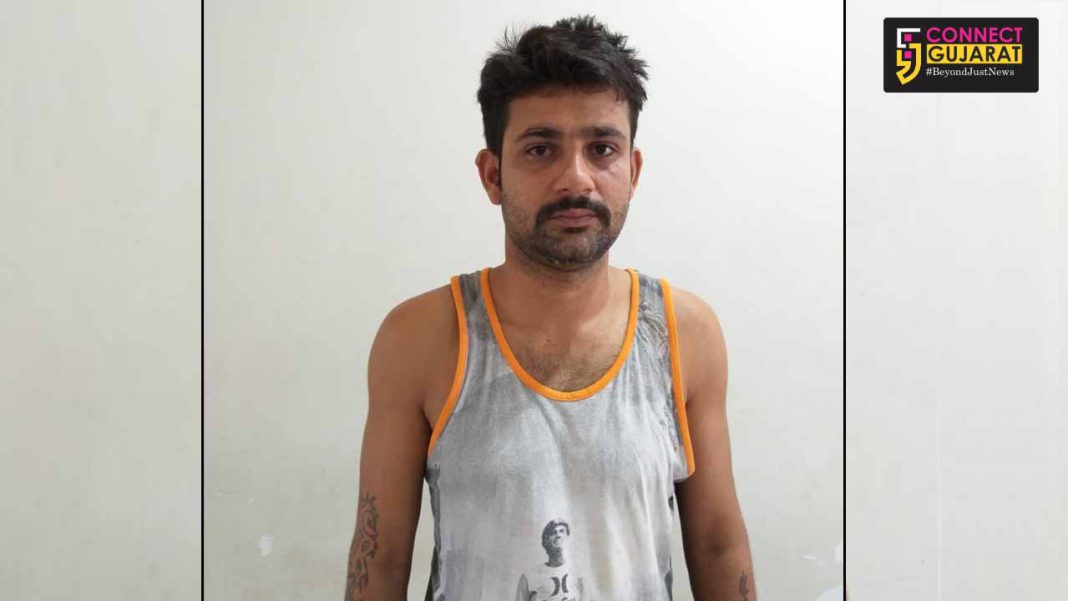 Caught him from near Jayratna building

Vadodara SOG team caught murder accused Jitendra Parmar who fled after he was granted interim bail. He serve jail term in Vadodara central jail and jumped the bail. Police caught him from near Jayratna building in the city.

The team while on night patrolling get the tip about the accused Jitu Parmar resident of Bakrawadi Vankarvas serving jail term in a murder case and jumped the interim bail given to him in 2017. He was declared as wanted and was about to come to meet his family near Jayratna building. The SOG team based on the information kept a watch there and caught him after he arrived there.

The accused Jitu Parmar is habitual offender and also involved in prohibition matter and had old enimity over the liquor business. In 2014 he along with his associates murdered Manoj Parmar resident of Bakrawadi Chamarvas Pandya Ni Chali and an offence was registered in Navapura police station.

Additional Sessions Judge ordered life imprisonment and 5000 penalty to him on 31st December 2016 and since then he was serving jail term in Vadodara central jail. The judgement also states for six months additional jail term in case the accused not pay the penalty.

Jitu Parmar send a request to the high court for 10 days interim bail citing reason of his wife treatment. The court granted him bail from 13th to 24th October 2017 for his request. However he jumped the bail and jail authority registered a case in Navapura police station against him under prisons act.

He was wanted for 11 months and caught by the SOG team in a successful operation. The accused was handover to Navapura police for further investigation.

Before 2014 two cases of rioting, seven cases of prohibition was registered against him and was fugitive (tadipaar) from Vadodara jurisdiction in 2008. Later on he was send to three different jails of Junagadh, Rajkot and Ahmedabad under PASA.