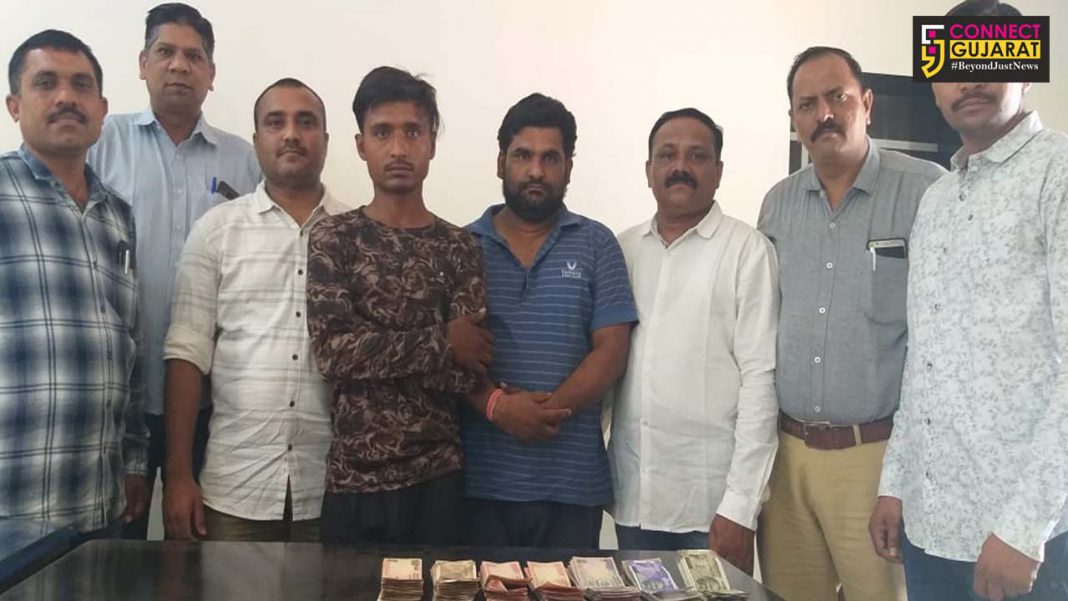 Vadodara SOG busted the gang involved in theft inside temples of the city. The arrested two along with the stolen items which includes cash from their possession.

The SOG team received the tip about on Shaneazam alias Pichko residing in Roshan Nagar Navayard stole cash from the donation box kept inside temples and counting the cash near the government godown.

Based on the tip the team raid the spot and caught Shaneazam Pathan originally from UP and during investigation he revealed about stealing cash from a donation box inside the temple at Shivaji circle, Laxmipura road and one silver umbrella from the statue around 20 days ago. He kept the items in plastic bags and was heading towards his home at night when be was intercepted by Wasim Pathan also from UP and Rashid Pathan near Roses garden. Both slapped him and snatched the bags carrying cash and the silver umbrella with him.

Based on his information the team arrested Rashid from ST depot along with 4000 cash from his possession. Police launched the search to caught Wasim Pathan having the remaining items with him. The team handover both the accused to Laxmipura police station for further investigation.

Shaneazam Pathan was earlier arrested by railway police in 2014 for copper theft, Fatehgunj police for bike theft and by Gorwa police for mobile theft in 2017. He also served PASA in Ahmedabad and Rajkot jails in 2015 and 2017. Rashid was also a arrested for rioting in Sayajigunj police station in 2015.