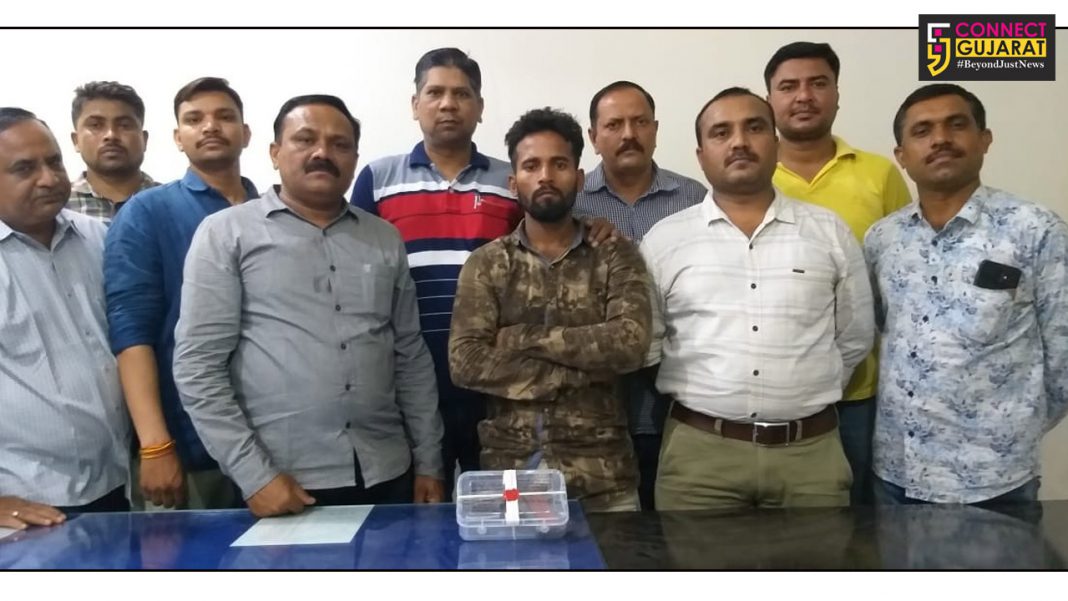 Arrested them under Arms act in Fatehgunj police station

Vadodara SOG team arrested two in separate cases with local made country pistols from the city. Both the accused hails from UP and arrested under arms act by the police.

In the first case the team arrested Mohammad Jamil Majidkhan Pathan with a mouzer worth around 25,000. The accused was arrested by the team from near Kumkum party plot near Chhani toll naka after received the information.

The accused presently lives in Ahmedabad and originally hails from UP was caught with the country made mouzer without any license. During interrogation he said to be purchase the pistol for 40,000 from his friend Abdul Qadir Khurshid Alam Pathan lives in Ahmedabad. Police registered the case against the two under arms act in Fatehgunj police station.

Mohammad Jamil Pathan was earlier arrested for temple theft matter in 2015 at Fatehgunj police station. He was also arrested by the SOG in 2017 with a mouzer under the Fatehgunj over bridge.

In the second case the SOG team arrested Irshad Pathan with a mouzer from near Deep Talkies in Fatehgunj area.

Originally from UP and presently lives in Navayard area in Vadodara Irshad was arrested by the police team with the mouzer after the information. During interrogation he said to be purchase the pistol from one Sulla Pathan from UP around four months earlier. He was arrested under arms act in Fatehgunj police station.