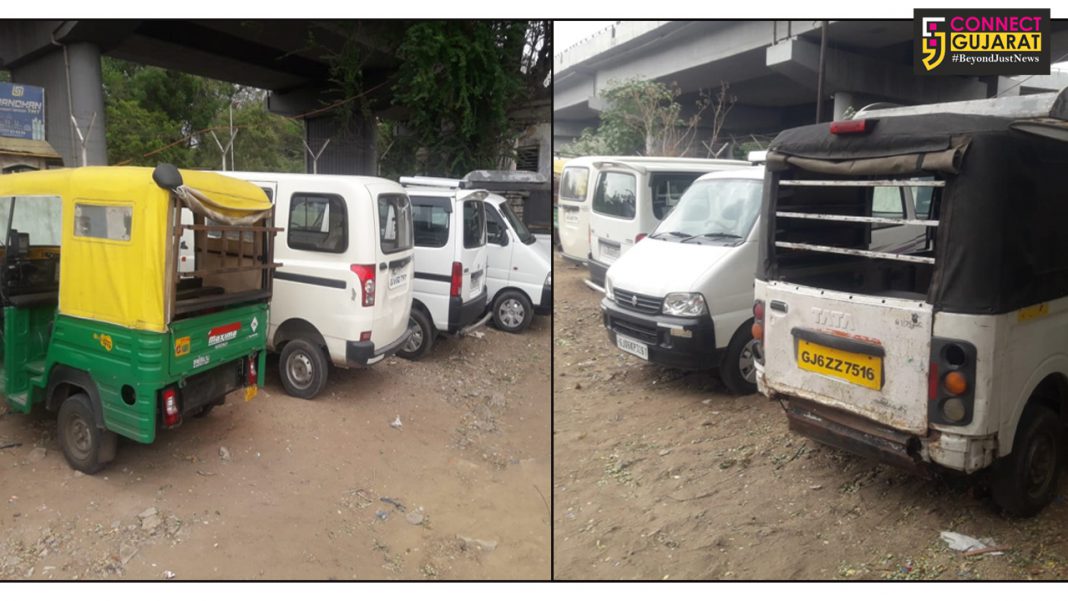 Vadodara RTO strikes on school vans on Tuesday after the Ahmedabad incident where the students fell out from the moving school van. The teams detained the vans at Lalbaug area for not following the rules while taking kids to the school.  These actions also put the parents in dilemma as most of the van drivers stayed away from a daily routine.

On Monday, Three children fell down from the moving van as the door opened suddenly. This incident sent shockwaves in the entire state and on Tuesday the RTO started checking the vans not following the rules. Vadodara RTO striked in morning and detained around nine vans in the Lalbaug area.

However the action gave a trouble time to parents as the remaining van drivers observed holiday due to the drive. With last minute decision the parents have to take their children to schools and back on their own.

It is to be noted that the vans operating on city roads are not following any safety rules and as per RTO notifications not fitting the grill on windows. They are fitted with CNG and children sit on the seat fitting atop which is dangerous. The numbers of students are also more and the van drivers are not caring about the situation.

However the van drivers said they are ready to take the students as per rules but parents are not ready to pay extra money. Hence they have to take the children as per the rate decided by their parents