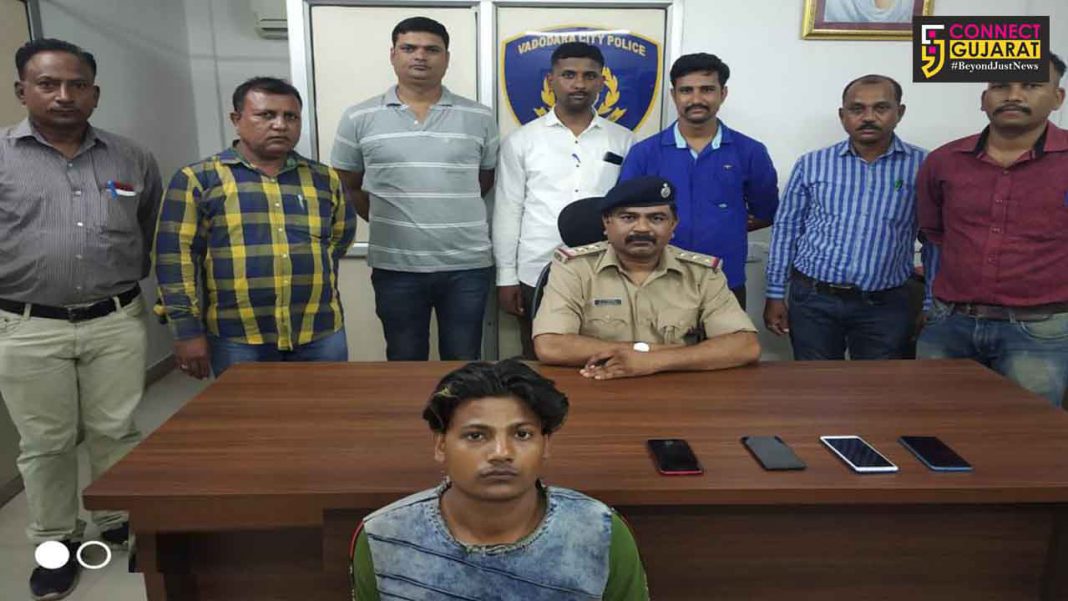 Arrested accused involved in snatching mobiles from people in city

Vadodara Wadi police caught a accused involved in snatching mobile phones from people in the city. The team recovered five mobiles including one iPhone XR from his possession. This is the first such arrest under the new IPC section in Vadodara.

As per details the Wadi police team along with the D staff recieved the tip about the accused Mohammad Faeem involved in snatching mobile phones from people at various points of the city and lives in Rampark area.

Based on the information the team search the area and found Mohammad Faeem alias Lalo Arefinwala lives in Ahmed Park D tower at Rampark in front of Sardar school Ajwa road.

During investigation the team found five mobiles from his possession and during interrogation he revealed about snatching them from the people on various occasions. The costliest iPhone  XR was snatched from girl near Sant Kabir school two days ago when she was talking on the phone. One MI Redmi 6 phone from a girl near Gangotri apartment, Oppo A71 from a boy near Natubhai circle, MI Redmi Y2 from a boy near Saibaba temple on Akota Station road. He snatched the mobiles from them while on the speeding bike and fled from the spot instantly.