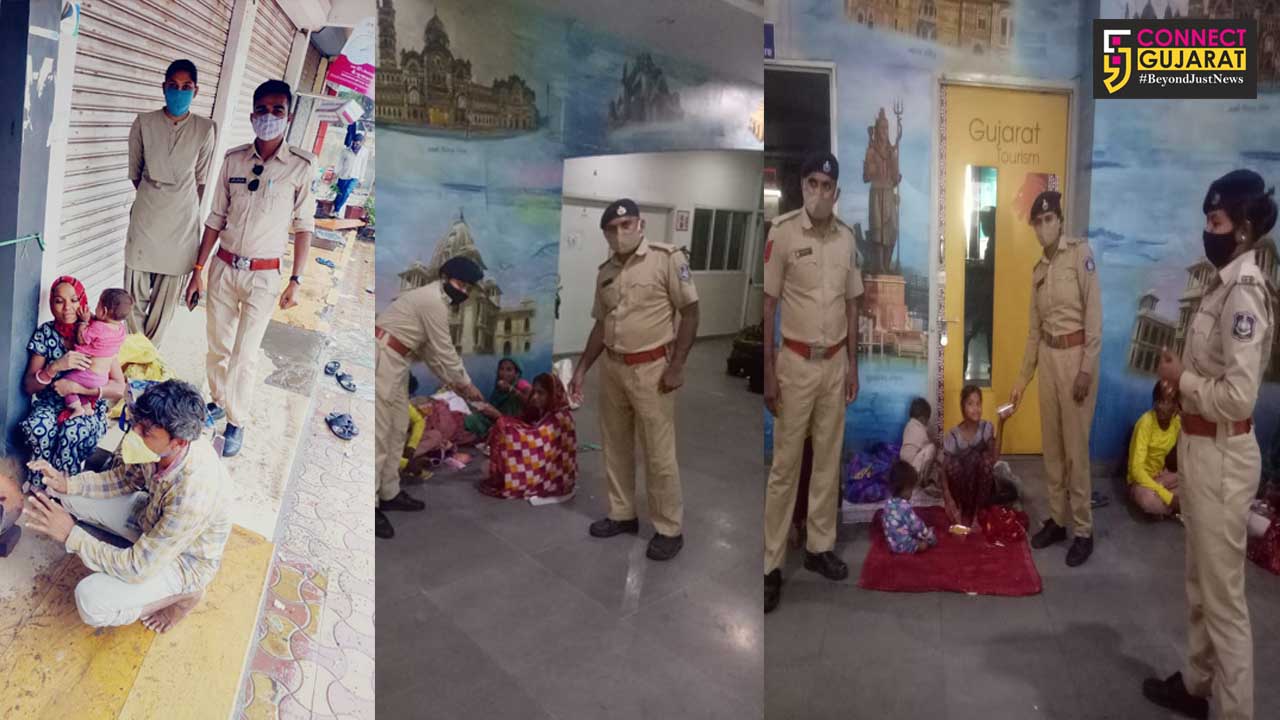 In the midst of Corona and the devastating "Tau Te" cyclone, a working-class family homeless and stranded on the road was rescued by the Vadodara city police She team. They took them the Ran Basera and showed humanity. Also Sayajigunj police arranged meals for 200 passengers stranded at the central bus depot.

Hurricane "Tau Te" has caused more damage to property than casualties. Bharat Kadkiyabhai Rawat his wife Reshma and daughter, a native of Dahod district came to Vadodara for labour work. They lived in a thatched hut next to a construction site being built in New Alkapuri. The cyclone and heavy rains damaged their house and the family become homeless. They had to spend about four hours near the shops in the whistling cold wind.

The She team of Laxmipura police station saw the family sitting with their daughter warming up in cold weather. They rushed to them and after getting the details took them to Ren Basera at Atladara in government vehicle. They also arranged meals for the family.

Hurricane "Tau Te" left people homeless and several passengers stranded at places. As a precautionary measure the ST service was also called off due to cyclone and around 200 passengers are stranded at the Vadodara depot. The police force which is constantly engaged in maintaining law and order is also at the forefront in man made disasters. Sayajigunj police surveillance squad and the She team shows the same sense of humanity as they reached out to the passengers.