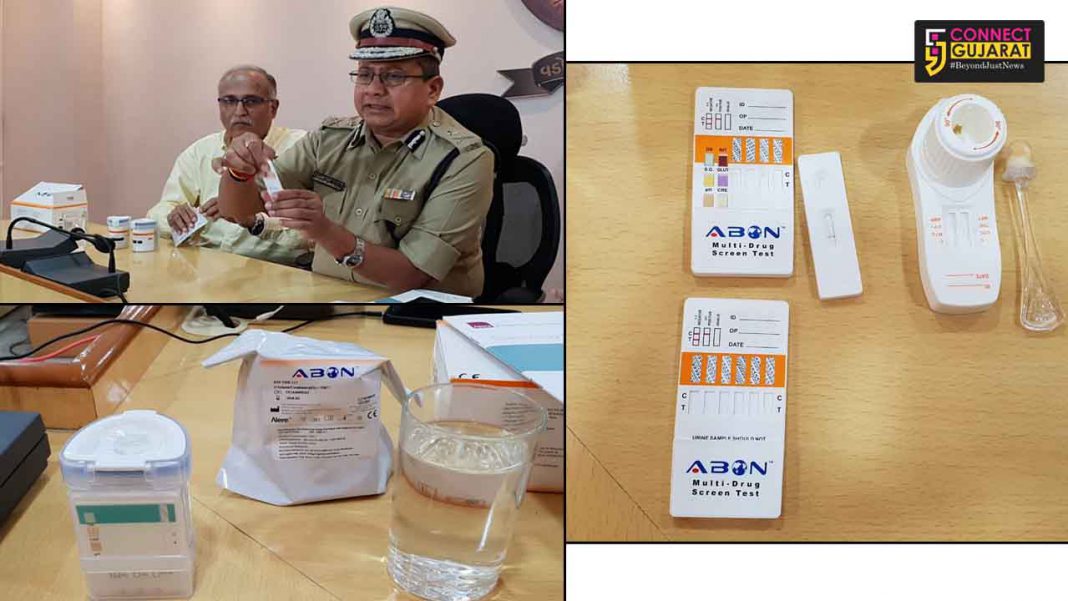 Aim to stop the youths become addicts and caught the paddlers

Vadodara police introduce new equipments to check the drug addicts in the city specially in view of the upcoming Navratri festival. The aim is to stop the youth become addicts and involve in criminal activities and also to get deep into the network of the suppliers.

The initiative is first of its kind in India where the devices are specially use to check the drug content in the addicts and also the type of drugs he or she consumes. The step is result of many complaints received by the police from the parents in the city. In coming days the 60 members police team will check the identified spots in the city to check the rising drug cases.

“We identify the drunkards through breath analysers but the drug addicts often missed out due to unavaliabity of proper kits. The Abon kit will be the effective one which identify the drug addict and also the type of drug he or she consumed. The main aim is to stop the youth becoming addicts and involve in criminal activities and secondly to get in deep with the network of suppliers,” said Anupam Singh Gahlaut Commissioner of police Vadodara.

The European made Abon is having two types of testing kits which will be use to collect the urine and saliva samples of the persons for checking.  “The target are the youngsters and the kits will help us identify the addiction and the type of drug. As Navratri is approaching such kits will help us caught the persons involved in brawls and fights during the celebration at garba venues,” said Gahlaut.

A 60 members team of SOG, Crime branch, PCB and other departments will be checking the drugs addicts and paddlers at the identified points in the city. Awareness programmes, meeting with Garba organisers and many other steps will be taken by the police to effectively implement the initiative.

“We plan various awareness programmes in the city which includes meeting with big garba organisers to identify such persons in the crowd. We will also approaching the chemist association to help us identify the chemists provide the drugs without prescription and will book them under NDPS act. In coming days we also start a helpline number handle by a particular officer for such calls and our team will respond accordingly,” added Gahlaut.

The kit worth around 500rs will be of single one time use and as of now the police department ordered 100 such kits. In coming days they are planning to negotiate about the rate and will try to bring down the cost of the kits.