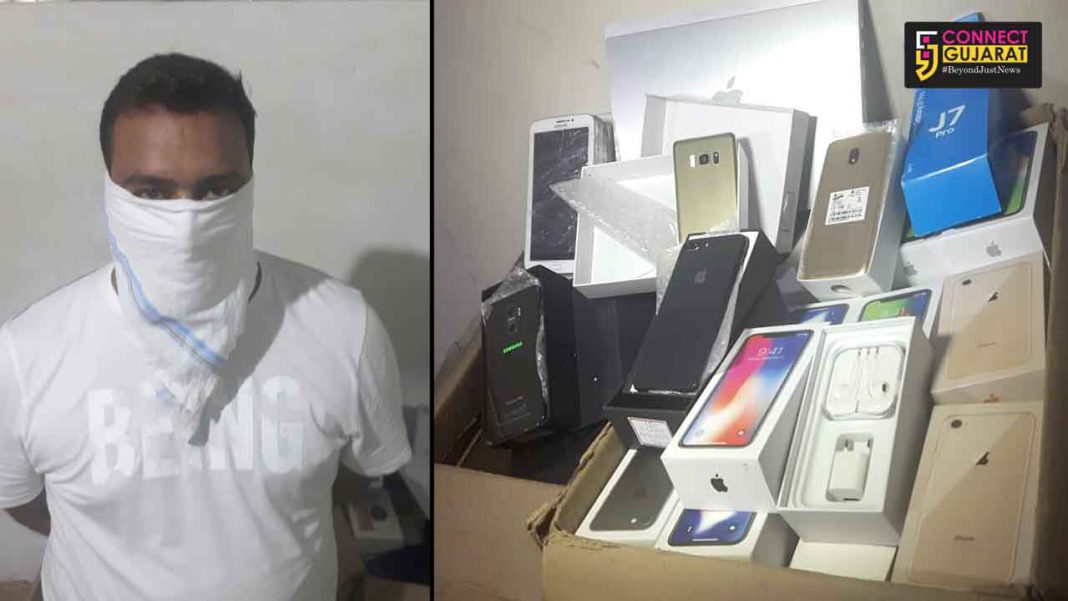 As per the details the accused Bhavin Soni runs a mobile shop at Darshanam Arise at Gotri road of Vadodara city. The PCB team received the information about him selling duplicate (First Copy) mobiles of Apple and Samsung brands to the customer. Based on that the team along with authorised investigating officers from the company raid the place and seized duplicate mobiles from the store.

“The accused was into this duplication business for the last six months and selling duplicate mobiles to the customers by saying it as first copy of the original piece. He assembles all the things here packed it in the box and sell the handsets. He charge money as per the customer and in the process make profit from this duplication business,” said H.M. Vyas Incharge PI PCB Vadodara.

The team seized 20 Apple mobiles, 53 Samsung mobiles, HP Laptop, Handsfree and chargers of Apple, Samsung, Vivo and Oppo companies all totalling 24.29 lakhs from there. The team arrested Bhavin Soni from the shop and registered a offence in Laxmipura police station.