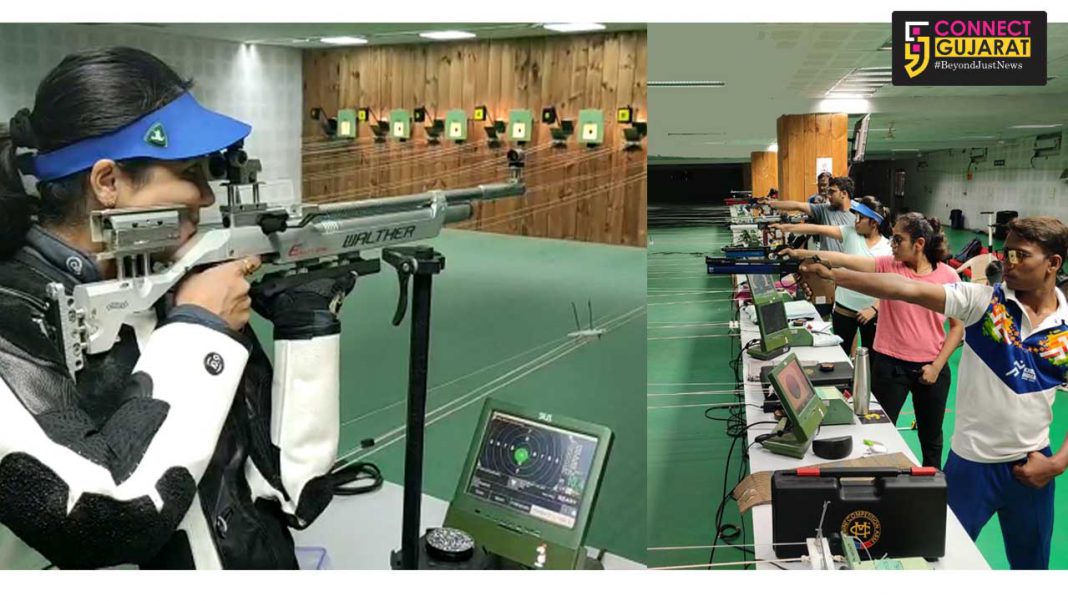 Vadodara has its own identity above others when it comes to culture, arts and sports. The city is known for its heritage as well as producing world class sportsmen gets training at world class facilities and shines at the international level.

One such facility the city is boosting off is the rifle shooting club equipped with ultramodern facilities and is the one of its kind in Gujarat. The club has electronic target system just like the Olympic shooting championship and give shooters an edge above all. Presently 27 shooters are practicing here for the international competition.

Sports Authority of Gujarat Range officer Tushar Salunke gives details about the shooting system they are using at the range inside Manjalpur sports complex. He said the target system is just like the Olympic shooting championship and is the only one here in Vadodara. The shooters are presently taking the training for 10, 25 and 50 meters range shooting inside the academy.

He said the academy is run by VMC Sports Promotion Foundation and SAG and Baroda Rifle Club gives training to the shooters. Earlier the shooters practiced on paper targets but since 2017 they practice on ultramodern electronic target system installed at the academy. Vadodara is the fourth city to have this system after Delhi, Kerala and Pune.

Vishwa Dahiya from the academy won two gold medals in single and group competition held at Germany in 2018. Harshraj Gohil another shooter took part in the Junior World Cup Rifle shooting in 2019 at Germany. Hema Keshi, Amit Pilania from the academy also takes part in international tournament. In coming days more shooters of the academy are going to represent the country in international tournaments and presently perfect their shooting skills on the target.

Range officer further said the shooters gets all the facilities from the government and all the trainers and coaches are making efforts to prepare them to get more medals not only in international tournaments but at the Olympics, the grand stage of all. The pistol shooters get training from expert coach C.K. Chaudhary and Pushpa Malviya gives training in the rifle shooting at the academy.