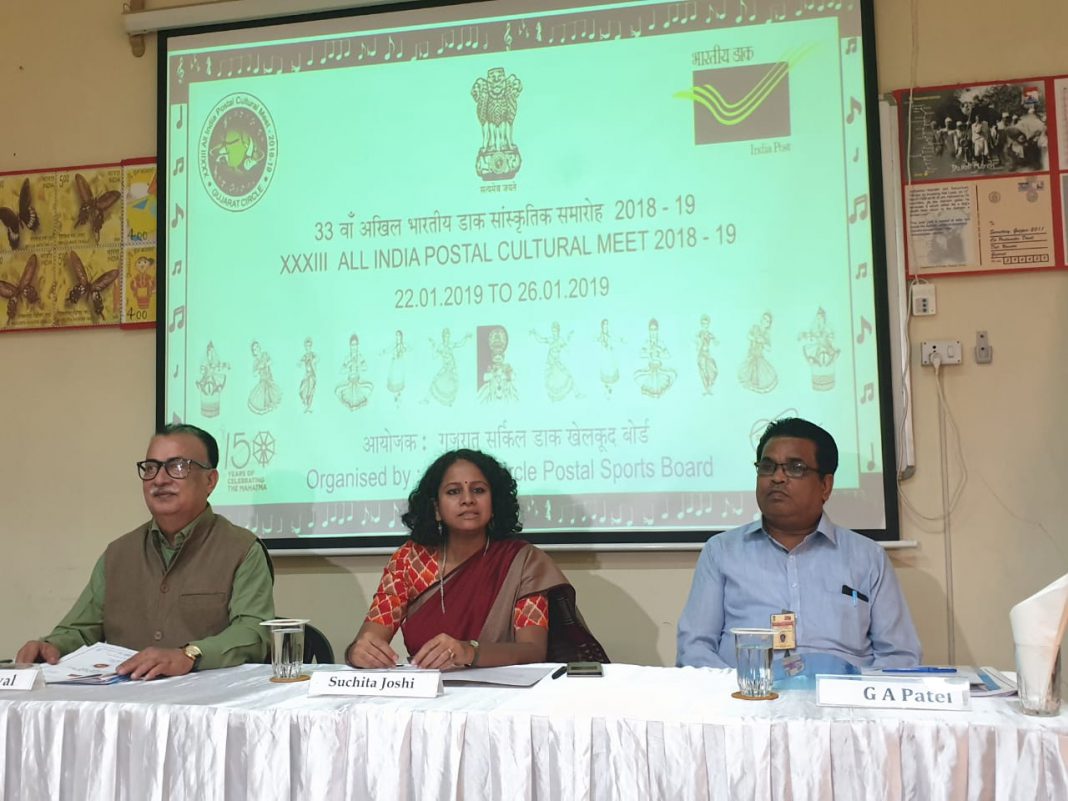 400 plus participants from 18 Circles will take part

After a six year gap the Gujarat Circle Postal Sports Board will going to organise 33rd All India Postal Cultural Event from 22 to 26th January at Vadodara. 18 Postal circles are participating in the event consisting of 400 plus artists showcase their talent in vocal, instrumental, dance and mono acting. The aim is to give a platform to the employees to showcase their talents and expertise.

The 33rd Cultural meet will be held at Padmini Sabha Gruh at Vadodara Postal Training Center where participants from 18 Postal Circles compete and showcase their talents in front of their families and friends. After a six years gap the event will be held in Vadodara where teams from Andhra Pradesh, Assam, Bihar, Delhi, Gujarat, Haryana, Himachal Pradesh, Jammu and Kashmir, Karnataka, Kerala, Maharashtra, Madhya Pradesh, Odisha, Punjab, Tamilnadu, Telangana, Uttar Pradesh and West Bengal will take part in the five day event.

Short plays are also the highlight of the event as it was written by the officials based on original subjects. From the 13 teams from Gujarat, HP, Karnataka, Odisha, Tamil Nadu and UP will perform the plays based on various subjects related to nature, responsibility, technology and others. The winner circle will be presented the rolling trophy on the final day including prizes for individual performances. Gujarat won the trophy for group dance last year in the event.