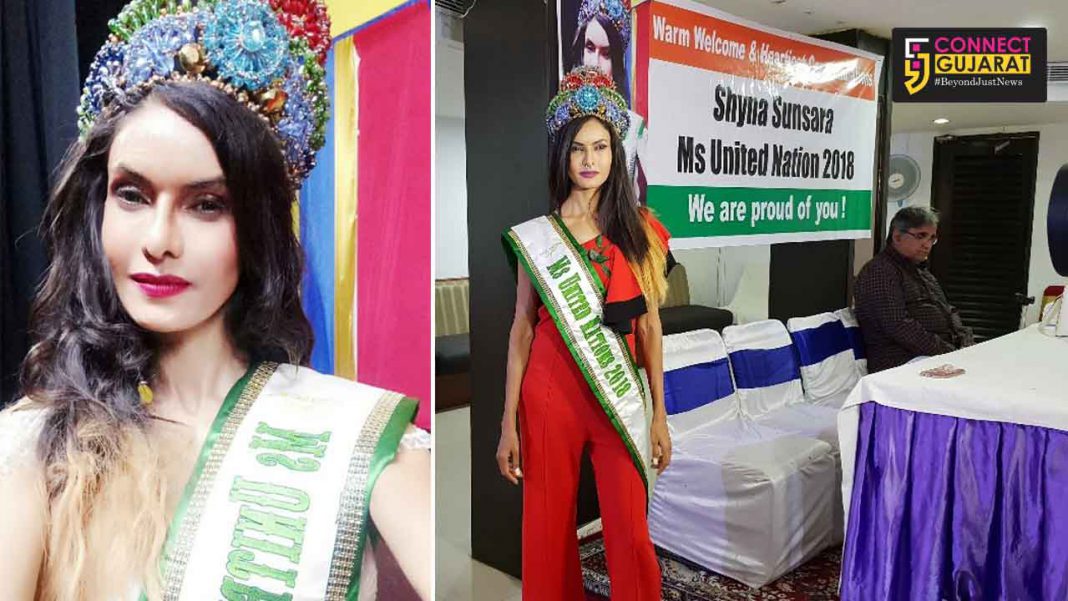 Vadodara girl bring laurels to the city after she became the first model from the country to won the prestigious Ms United Nations 2018 recently. She wants to take the new found success forward and work more on social issues like women empowerment and crime against them.

Shyna Sunsara won the Ms India Earth title in 2017 and then went on to win the prestigious Ms United Nations 2018 held at Jamaica/America Kingston (International). She became the first ever model to win the title competing with nearly 45 contestants all across the world.

“I started modelling at a very early age and also a freelance fashion designer. I won the Miss India Earth title last year and then went on to won the prestigious Ms United Nations 2018 last month and become first ever model from India to won it. The competition was tough but the judges chose me from the overall like charity, talent, confidence, communication and background,” said Sunsara.

Shyna also works as freelance fashion designer and also do lots of charity which she wants to continue further. Lives in Vadodara her father retired from the army and her twin sister is also in the armed force.

“Since childhood I always wants to be in modelling and fashion designing and pursue the same in my career. After completing M.Com in Business Economics I done my diploma from INIFD in Mumbai. Iam also doing lots of social work and wants to continue it further,” said Sunsara.

Shyna said she now continue the social work like educating underpreviliged children in Gujarat and all across the country. She also wants to create awareness and work for issues like women empowerment and crime against them. As far as bollywood is concerned she is not that much in hurry but looking for character roles for her.