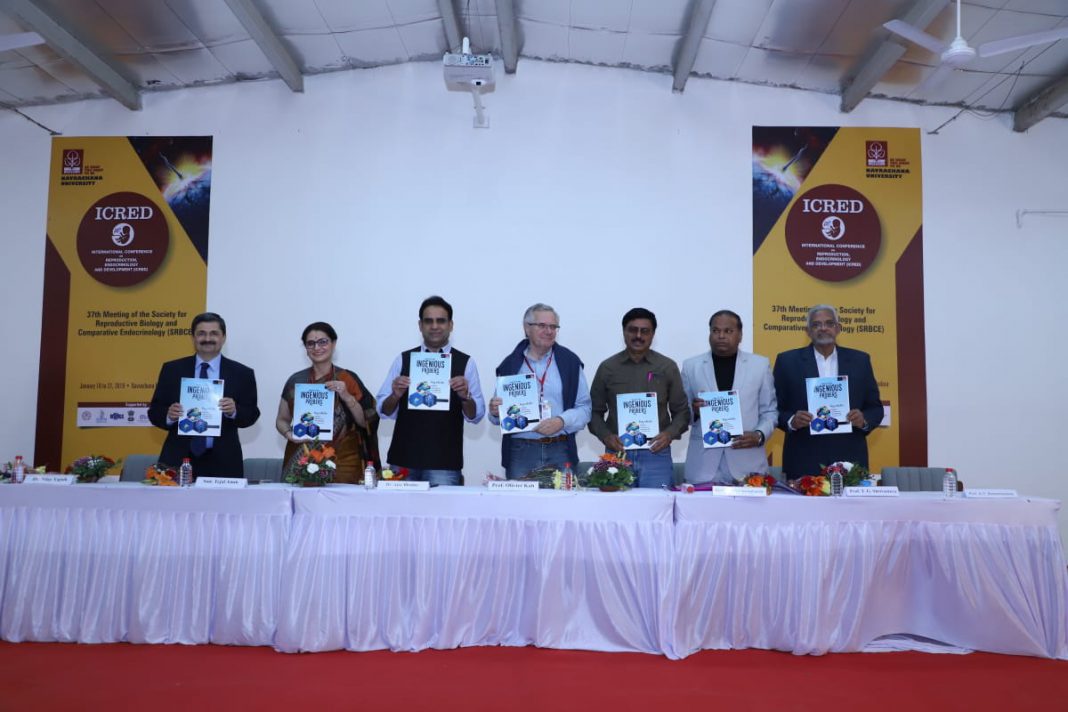 100 research papers were presented by eminent researchers, scientists and students

The three day International conference on Reproduction, Endocrinology and development concluded on a positive note with more than 100 research papers were presented by eminent researchers, scientists and students. Talks from eminent scientists from different parts of the world like USA, Italy, France, Australia, Singapore and Canada and all over India was the highlight of the conference. Different areas of human health had been discussed and several young researchers presented their original research work in form of oral and poster presentations.

A unique feature of this conference was Panel discussion between Clinicians and basic Scientists. Such an interaction has never been initiated at such a level by any of the Conferences in the near past. This interactive panel discussion was titled as “Bridging Partnership: For Collaboration and Therapeutic Innovation”. The deliberations of this panel discussion shall be submitted to the SRBCE and BOGS for taking it further to the ICMR as recommendations.

The Conference ICRED 2019 concluded with valedictory function. The chief guest for the function was Municipal Commissioner of Vadodara, Ajay Bhadoo IAS. He gave away prizes under the three sections NUV competitive, SRBCE competitive Oral and Poster presentation. He launched the first Students magazine ‘Ingenious Probers’ prepared by the students of Biomedical Sciences at NUV.

In his valedictory address he brought forth the harsh realities and bitter truth regarding the state of higher education in India. He also highlighted the unsavoury aspect of predatory publication prevalent in Indian Academia. He also stated that to solve these concerns, Conferences of this kind play a very strong role in changing the scenario of Indian higher Education. He was also appreciate the original work done by the students of five year integrated Biomedical Sciences in the form of magazine and emphasized that such work should be promoted further. Finally he laid down the framework to address the shortcomings prevalent in different sectors of Indian Economy.