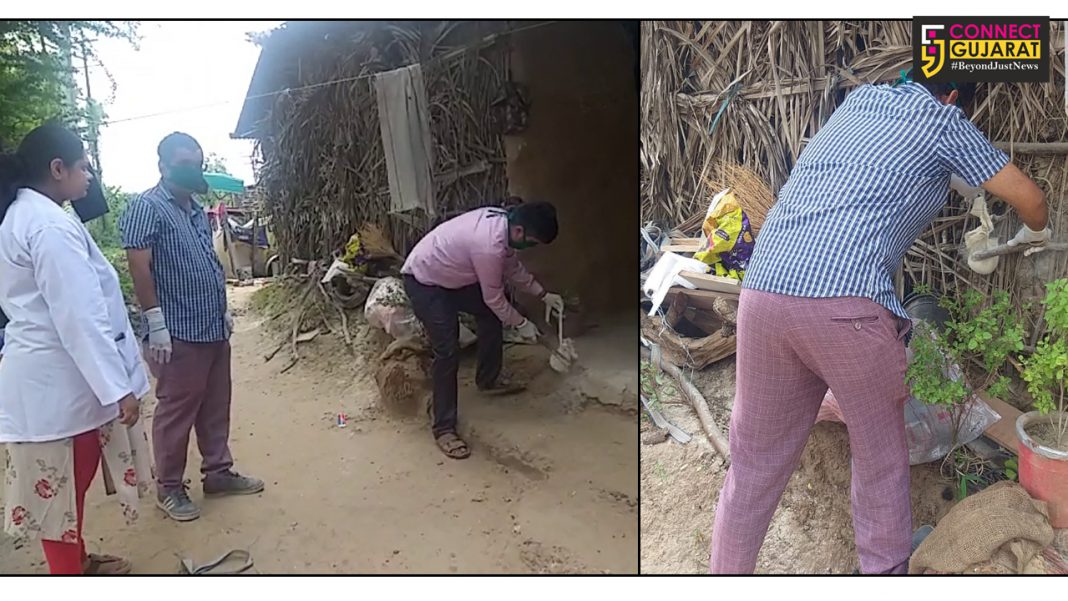 District Health department once again took precautionary steps to stop Acute Viral Encephalitis spread from Chandipura virus after the case in Vadodara. The teams identified around 50 houses in the area and done 5% Melethion dusting to kill the Sand Flies the carrier of the disease. Before the onset of monsoon the health teams already followed the procedure in nearly 1.53 lakhs houses in the district.

District Health officer Dr. Uday Tilavat said health department identified eight talukas in the district prone to Sand Flies and as precautionary measure in June and July done  dusting inside 153304 high risk houses. Sand Flies normally seen inside the cracks in temporary and permanent walls and can fly till two foot height. In view of that the dusting done till two foot height from the ground level. Secondly the areas like stables and others nearly 7085 areas were also covered and 1744kgs of Melethion powder was sprinkled by the health teams.

The first such case was registered in 1965 in Chandipur Maharashtra and since then it is known as Chandipura virus. As per Dr. Tilavat the virus attacks children between 0 to 14 years of age and high fever, vomiting are primary symptoms. The parents shall visit the nearby medical facility if they witness any symptoms in their children. Precautions shall be taken by the parents to save their children from the dangerous sand flies.