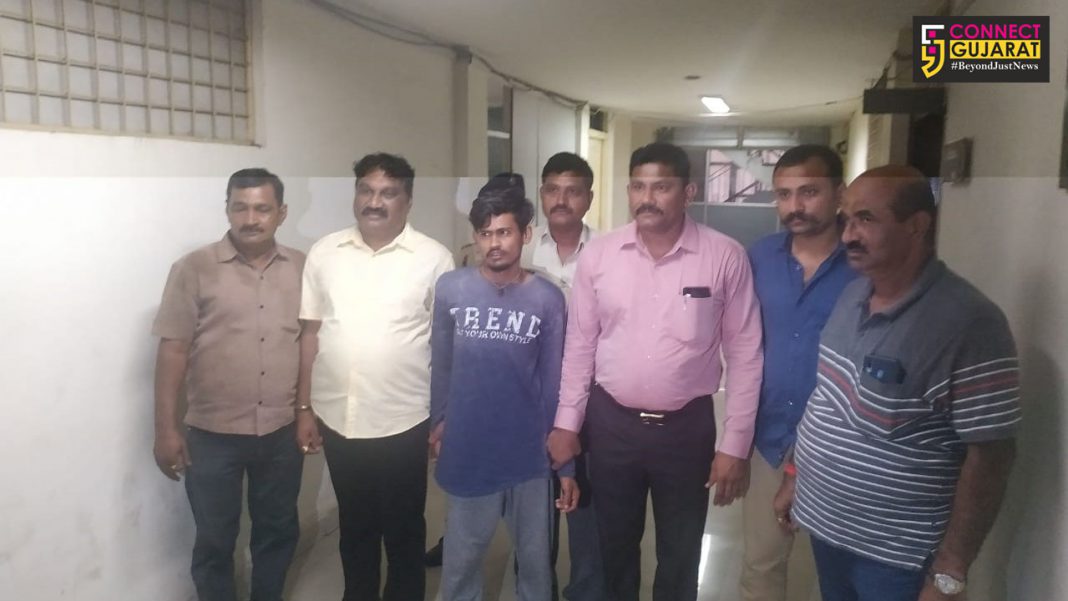 Vadodara crime branch detected the murder case in hours and arrested the accused after launched a manhunt to nab him. The accused inflicted grevious injuries on the body of Deepa Darji and killed her in a fit of rage.

The incident happened on Wednesday afternoon where mother in law of the victim found her in a pool of blood. The police began investigation in the matter and found the involvement of one Somnath Patil (Maratha) who had a love affair with Deepa Darji.

However Deepa don’t want to continue the relationship and called him to settle the matter. But somehow Patil lost his cool and in a fit of rage attacked her with sharp edge weapon and inflict more than 20 fatal injuries and killed her.

After the information the police launched a manhunt to nab the accused and arrested Sommath Patil in nearly four hours and detect the murder. The accused works as a school van driver.