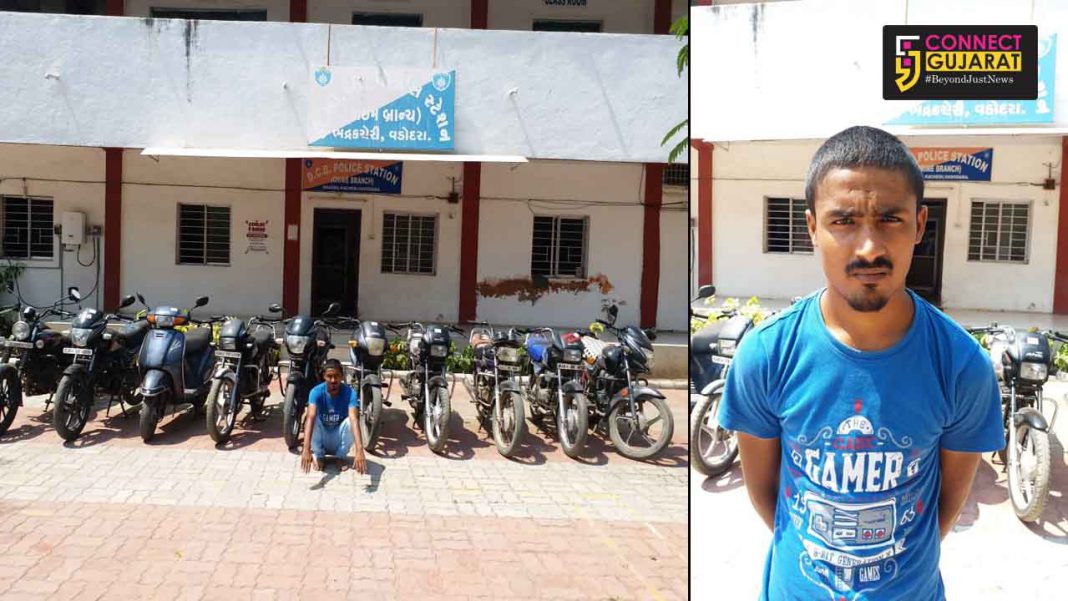 Accuse of lifting 11 bikes in last one and half months

Vadodara crime branch team arrested one accused involved in vehicle theft and lifting around 11 bikes in the last one and half month time. The accused studied SYB.com from MSU and involved in the crime to earn easy money.

As per the details the crime branch team arrested the 22yr old youth Sabir Raja from Karjan with suspicious bike from Jambuva bridge near Vadodara. During interrogation the youth accepted to lift one motorcycle from near Kamatibaug around six months ago and lifted 10 more bikes from different areas near railway station in the last 1 and half month.

The accused then took the bikes to his village Valan in Karjan and Palej areas and sold it to the people saying as finance vehicles. The team seized 10 out of the 11 vehicles in the investigation and handover the accused to Sayajigunj and Gotri police stations as offence were registered in there.

The accused SYB.com from MSU then complete computer hardware course and later involved in the crime to earn easy money. As he is aware of the areas in the city he chose the afternoon time and use duplicate keys to lift the parked two wheelers. Later he took the vehicles to Karjan and Palej and sold it. Police is also investigating about the other crimes he was involved in the past.