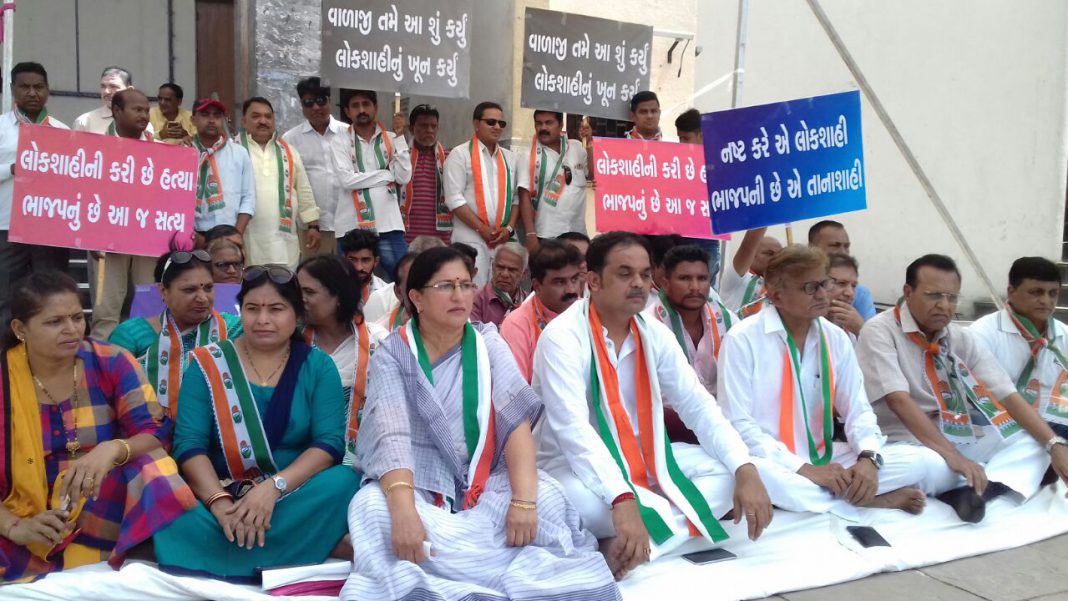 There is lots of protest all across the country after the results were declared in Karnataka election and the governor invite BJP to form the next government. In Vadodara also the Congress on Friday burn the effigy of Karnataka governor Vajubhai Vala and sit on protest against the decision. 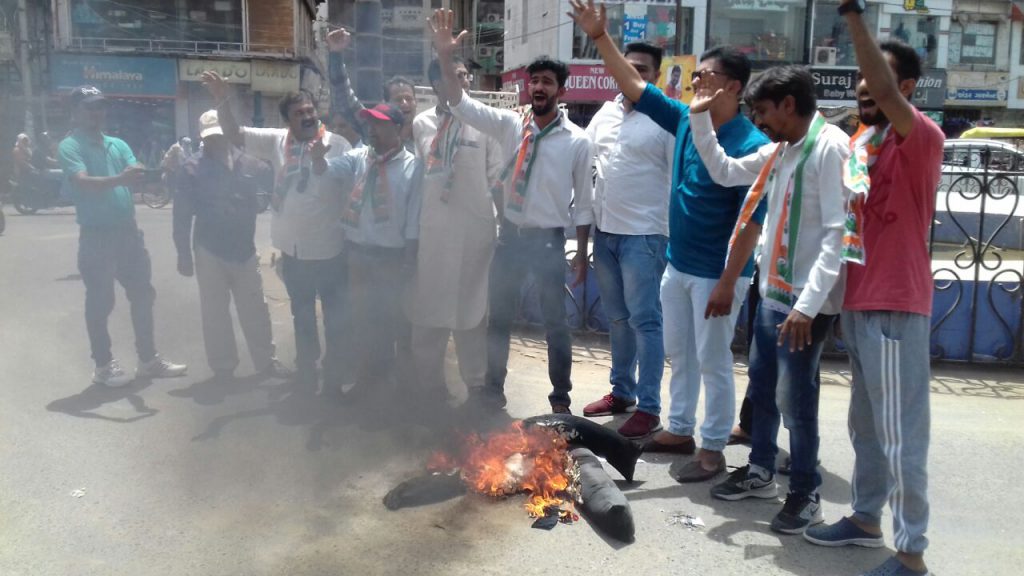 Vadodara city Congress on Friday protest against the decision in Karnataka and sit in front of Gandhinagar Gruh. In the meantime many of the members burn the effigy of the Karnataka governor Vajubhai Vala and shouted slogans against him, BJP and Amit Shah. Traffic was also disrupted for sometime due to the protest at Gandhinagar Gruh.

Congress President Prashant Patel, opposition leader Chandrakant Shrivastav, councillor Ami Ravat, Chirag Zaveri and others were remain present there in the protest programme with banners and posters. They accused the BJP for killed the democracy and threaten to aggressive protest in case of injustice to them.