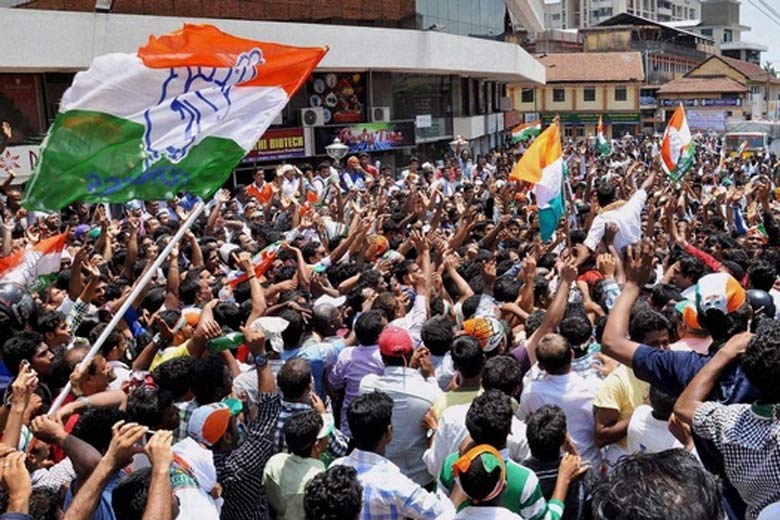 Hundreds of Congress activists staged a noisy protest against the Bharatiya Janata Party for what they termed the “illegal appointment of the new Chief Minister in Karnataka,” an official said here on Thursday.

They condemned the decision of Karnataka Governor Vajubhai Vala to invite the BJP’s B.S. Yeddyurappa to become the new Chief Minister of the state earlier on Thursday.

They later made a bonfire of the banners and posters amidst slogan shouting at the Azad Maidan in south Mumbai.

The Congress, along with the Janata Dal (S) had made a bid for power in Karnataka as the largest post-polls coalition.

However, Karnataka Governor Vala invited Yeddyurappa to be the CM as the leader of the single largest party.

The Congress and former Law Minister and jurist Ram Jethmalani have separately challenged this move before the Supreme Court.