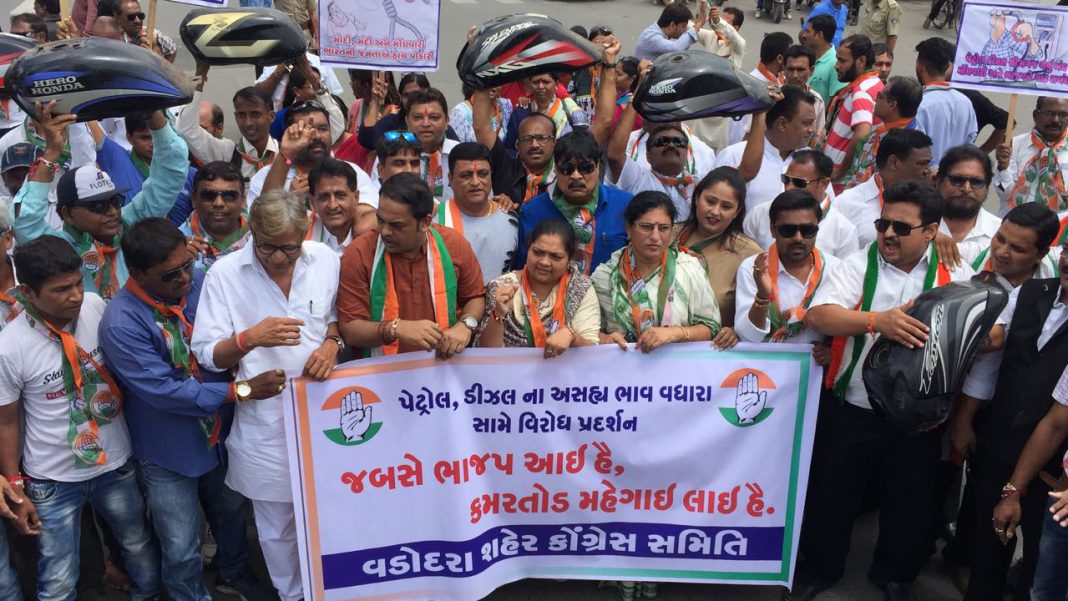 Protest with fuel tanks and banners

Congress supporters under the leadership of city President Prashant Patel and leader of opposition Chandrakant Shrivastav gathered at Old Padra road and protest against the rising fuel prices in the country. The supporters joined the protest with fuel tanks and banners with demand to control the price as it affected the people badly.

They shouted slogans against the government and traffic was also disrupted at the crowded Old Padra road. Strict police bandobast was also there to stop any untoward incident during the protest.