The Baroda Grains Merchants Association has decided to closed the Hathikhana Market to the general public till...
Read more
Connect Gujarat Desk

Union Minister of Petroleum and Natural Gas Dharmendra Pradhan is in Vadodara for Gujarat CSR Summit and appreciate the initiative by the Gujarat government. He said the idea is to give pace to various CSR activities run by the government in the larger interest of the society. He also talked about the new laws about turning garbage into bio fuel and gas to cut the import cost and working on the PM vision of Waste to Wealth. 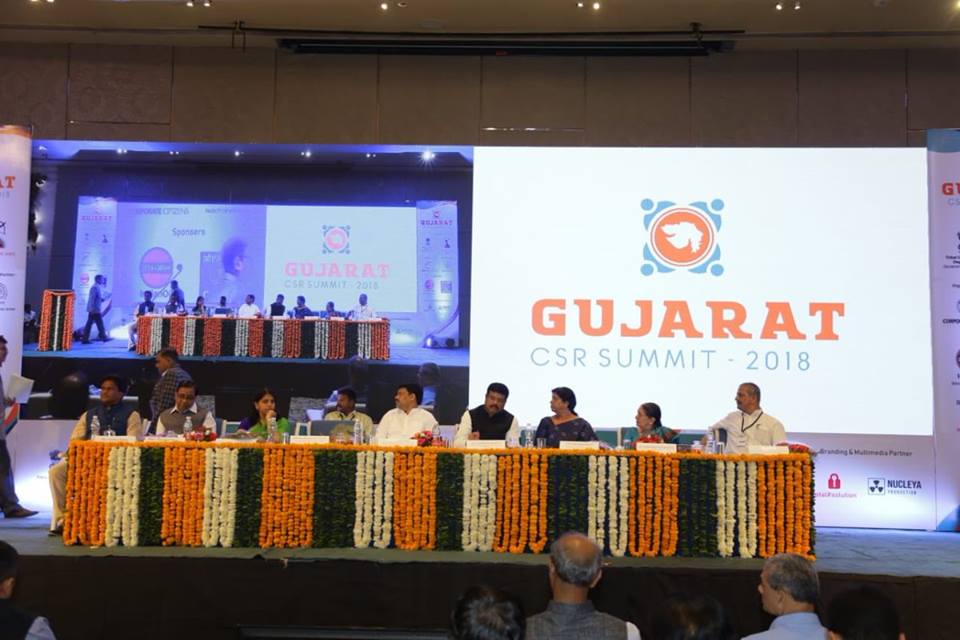 The two day programme at Vadodara is based on the CSR activities running in Gujarat to view and initiate the new models for the large interest of the people. Pradhan in his speech appreciate the initiative by the government to invite various agencies, stake holders and common people to plan the future models.

“The Gujarat government joint initiative CSR summit is a good platform where they invite the NGO’s, corporate, government agencies, stake holders and citizens to discuss about the new models in the larger interest of the society. CSR is in the DNA of the country and government is already running various initiatives like Swachh Bharat, Ujjwala scheme, Nutrition for the citizens. The idea is to give pace to such initiatives in the modern world,” said Pradhan during media interaction.

He said the government is working on new laws to turn garbage into fuel in order to cut the cost of the import. “In the new laws we are working on to collect the farm waste, urban garbage, forest waste and turn them into bio fuel and gas with the help of scientific process. The initiative will cut the import cost which is now 7 to 8lakh crore and also gives earning to the farmers, reduce waste and help clean the environment. We are taking forward the Prime Minister vision of Waste to Wealth through this initiative,” said Pradhan.

About the election in the five states he said BJP will win and form government in all. Finally on the rising fuel prices he said the government is closely watching the International crude oil market and make the difference here. In the last 55 days the prices of petrol and diesel are reducing and they are monitoring the international market.

Salman Khan who has been sedulously helping the underprivileged amid the pandemic situation, has launched a new...
Read more
Gujarat

0
Total twelve discharge from the hospital taking the total to 511 18 new cases registered in vadodara on Monday...
Read more
Gujarat

0
The Baroda Grains Merchants Association has decided to closed the Hathikhana Market to the general public till May 31 2020. The decision...
Read more
Gujarat

0
Vadodara cricketer and mentor Irfan Pathan celebrate Eid with his family in a simple way and extend his wishes to everyone. Due...
Read more

0
Total twelve discharge from the hospital taking the total to 511 18 new cases registered in vadodara on Monday...
Read more

0
The Baroda Grains Merchants Association has decided to closed the Hathikhana Market to the general public till May 31 2020. The decision...
Read more