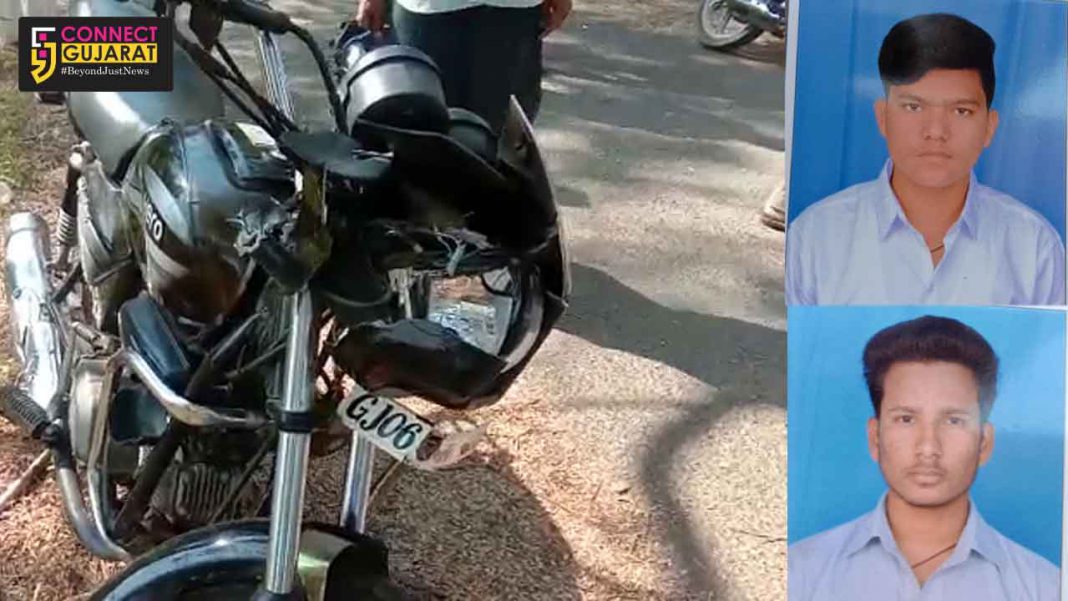 Three others injured were shifted to hospital

Two friends from one village died in a ill fated incident late last in Vadodara district. Two bikes collided head on near Kundelav village where two died on the spot and three others injured were shifted to nearby medical facility for treatment.

As per details two Vikramsinh Vasava and Virendrasinh Solanki from Kundelav village
Works in Goraj cancer hospital and went on their motorcycle late last night. Meanwhile their bike collided head on with another one at Goraj road resulting in death of the two and injuring three riding on the other bike.

Vikramsinh Vasava and Virendra Solanki received fatal injuries and died on the spot, while Mitesh Parmar, Satish Solanki and Ajay Vasava were shifted to hospital for treatment with serious injuries.

Waghodia police registered the offence and further investigating in the matter.

WR to run one more festival special train between Gandhidham and...