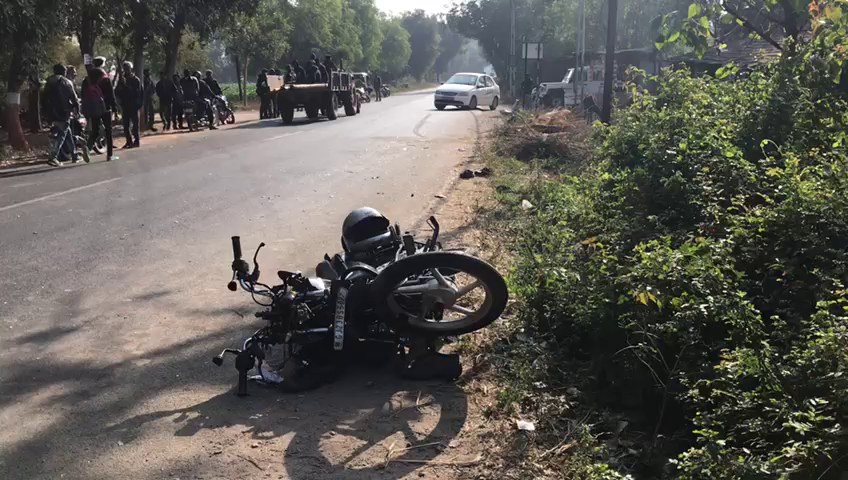 Two cousin brothers died after their bike collided with Toofan jeep near Balanapura (Jabapura) village on Savli Poicha road. The bike rider was wearing helmet but impact was such that it couldn’t save his life.

As per details residents of Ahima (Jibhaypura) village Mahendra Chavda and Jagdish Chavda works in ABB company inside Manjusar GIDC and daily went there on one motorcycle. On Saturday they were heading to the company as per routine and while they are passing from near Balanapura a rashly driven Toofan knocked their bike.

The impact was such that both the brothers flew from the bike and fell on the ground. Mahendra Chavda wearing the helmet died on the spot and the locals shifted Jagdish to the hospital in a ambulance but he also died during treatment.

Family members also rushed to the spot after the news and they were inconsolable. A complaint was registered against the Toofan jeep driver in Savli police station by Girish Chavda and further investigation is on in the matter.