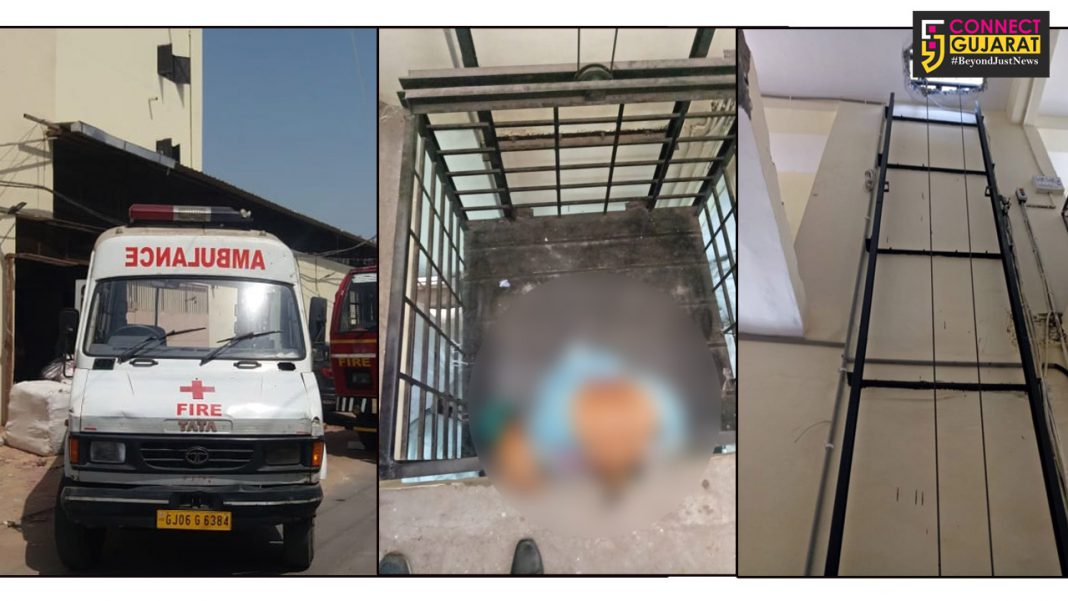 A woman died after her head stuck inside the lift in a plastic company in Vadodara. The ear phone was inside her ears connected to mobile and it was said that she lost her life while listening to songs.

As per details from fire brigade the woman Sushila Vishwakarma 48 work as maid inside the four floor plastic company situated on road no. 5 at Sardar Estate. She reached the company as per schedule at 8am and after completing the work at ground floor was heading for the top floors.

Wearing headphones in the ear she stuck immediately as soon as entering the lift and her head separated from the body. The employees shocked to see the horrific incident and called the fire department immediately. Fire Officer M. N. Modh reached the spot along with the staff and rescued the body from the site and send to SSG hospital for postmortem.

The woman was resident of Mirzapur UP and lives as a tenant in Chamundanagar near Kamlanagar Ajwa road.  She earns her living by working as maid in various companies situated inside Sardar Estate. Bapod police is further investigating in the matter.

In another similar incident a 12 year old boy Mohit Yadav stuck inside the lift of Crystal flats on Gotri road as he opened the door before it stops on the floor.  The residents immediately called the Wadi Waadi fire department and they rescued the boy from the lift.