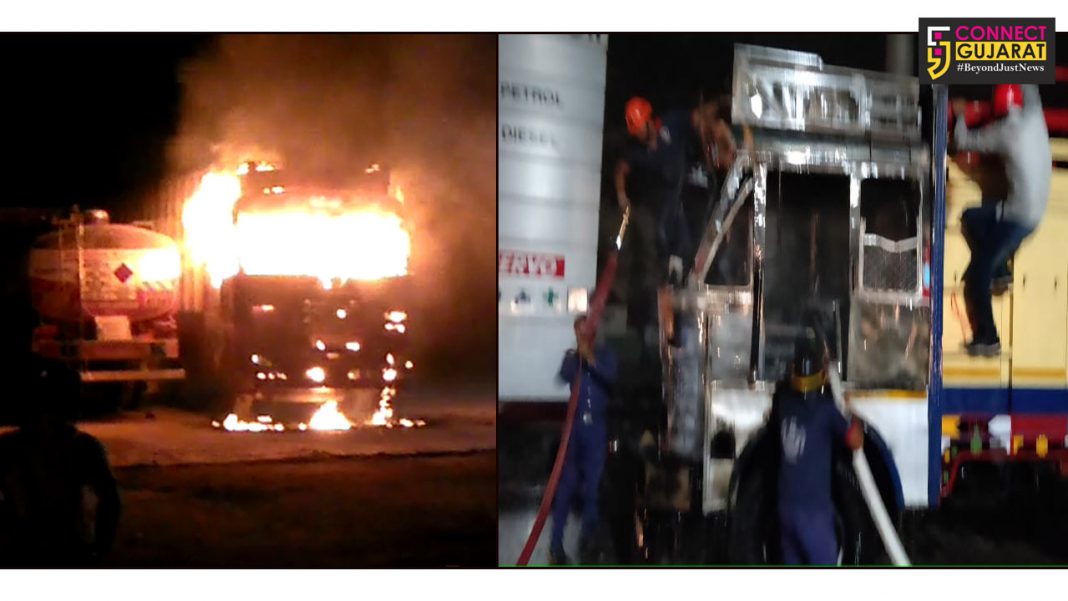 Tragedy averted as fire brigade control the fire in time

A sense of urgency happened after a truck loaded with LPG cylinders caught fire near a petrol pump at Vadodara Savli road on Tuesday evening. A petrol tanker was standing nearby which caused fear in the people as the fire engulfed the truck cabin. Fire brigade reached the spot on time and control the fire before it spreads further.

As per fire officer Om Jadeja the truck loaded with LPG cylinders was on its way to Ahmedabad and stopped at the petrol pump to refuel. The driver parked the truck around 20 foots away and went to have food in a nearby dhaba. However to his shock the truck went up in flames and everyone present there ran away to save themselves.

The fire brigade was informed about the fire and fire fighters from Darjipura and Chhani stations reached the spot and control the flames before it spread to the nearby tanker and petrol pump.

He further said in case the LPG cylinders caught fire the accident might be big one like the recently Surat fire tragedy. But the fire brigade reached the spot quickly in time and control the fire before it spread further. They also found serious lapse of fire safety in the petrol pump and they served notice to the owner about fire safety NOC from the department.