Connect Gujarat
#Beyond Just News
More
Home Gujarat Three died and one injured in collision between truck and pick up... 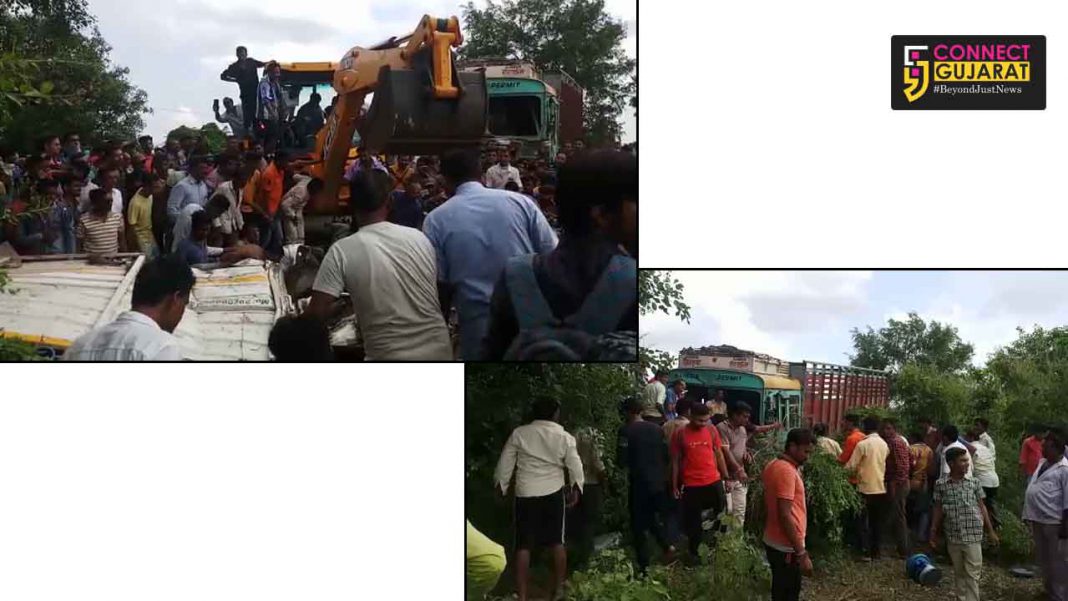 Three persons died and one seriously injured after a truck and pick up van collided near Shirola village in Dabhoi on Saturday afternoon. Rescuers used JCB to extract the bodies stuck under the debris of the damaged vehicles.

As per the details a truck and pick up van collided near Shirola village in Dabhoi on Saturday afternoon left three dead and one seriously injured. The impact of the accident was such that only mangled remains of both the vehicles left at the spot. The local villagers and other vehicle drivers rushed to the spot to help the injured. Rescuers took the help of JCB to extract the bodies from the remains of vehicles.

The injured person was taken to the Dabhoi hospital in critical condition. The Dabhoi police also reached the spot after the news and began investigation to get the details of the deceased. Police registered the case and send the bodies for post mortem.