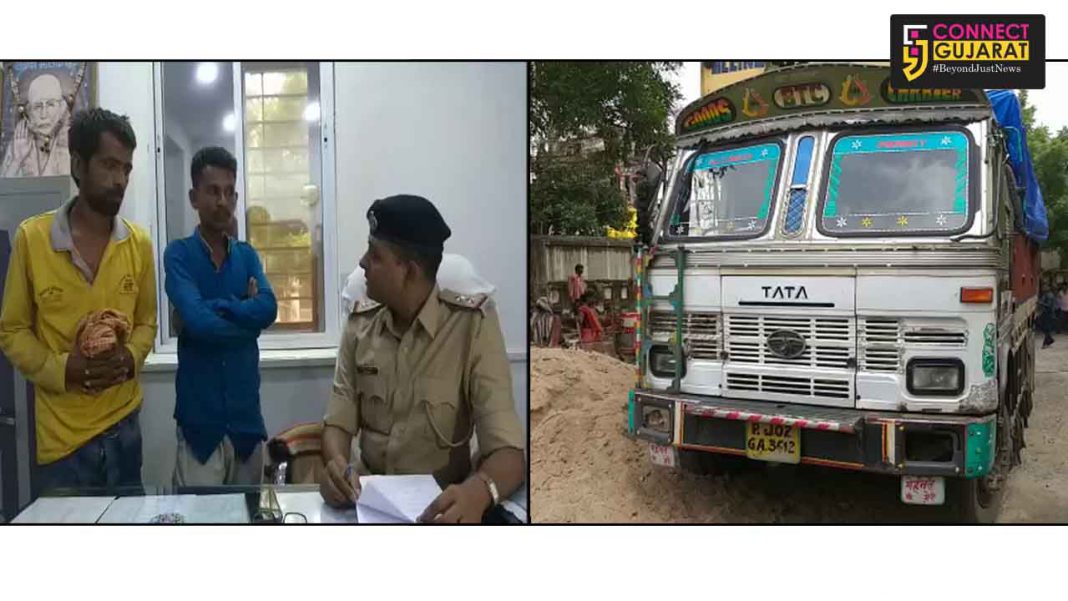 430 boxes recovered from inside the truck

Vadodara Taluka police caught a big consignment of foreign liquor from a truck on Sokhda road. The liquor was carried under wood wheir and was about to deliver from Borsad.

The liquor was said to be coming from Rajasthan inside the truck when the police caught it on Sokhda road near Mirsapur and seized 430 boxes of liquor from inside.

The police caught the truck driver along with the liquor worth around 26lakhs. As per primary interrogation the liquor was to deliver from Borsad. Three bootleggers declared wanted by the police.